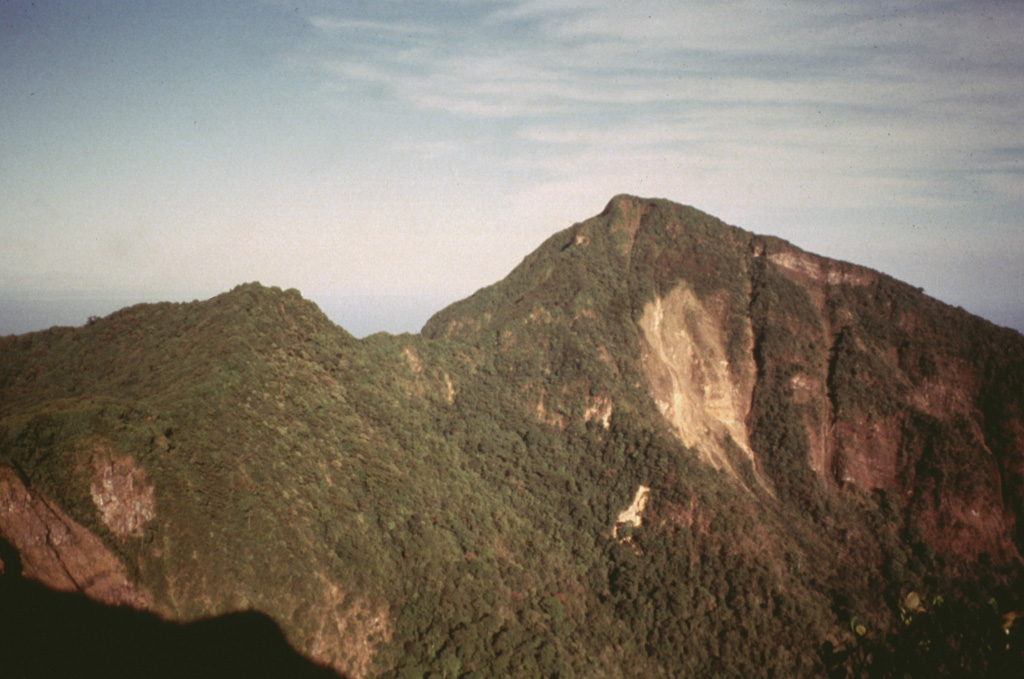 The south side of Mombacho volcano is cut by a large horseshoe-shaped depression that left two major summit peaks. Recent landslips scar the face of the higher easternmost peak. The depression was formed during collapse of the volcano, which produced a large debris avalanche that traveled to the south. The 2-km-wide depression merges with a scarp from a NE-flank collapse, which lies on the other side of the notch in the center of the photo.