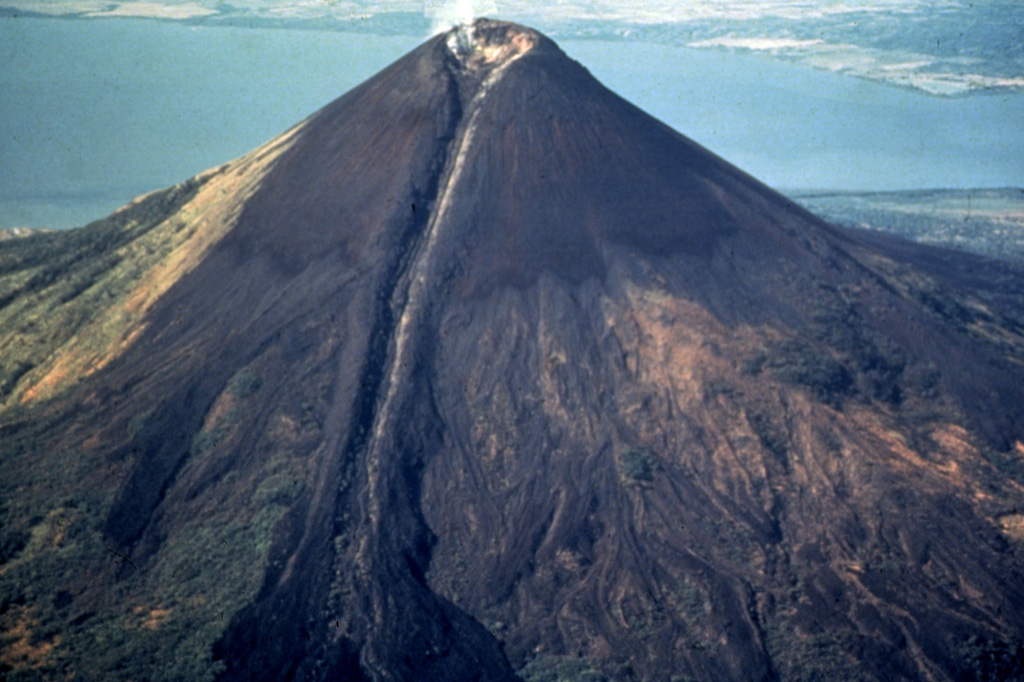 Dramatic levees flank the 1905 lava flow, which originated from the breached summit crater of Momotombo. The flow was confined in levees on the upper 1000 m of the cone before spreading laterally at the base of the volcano. Momotombo volcano towers to 1297 m above Lake Managua. The young cone forming the summit largely fills and overtops a 1.1 x 1.5 km wide crater produced during a major eruption about 2700-2800 years ago.