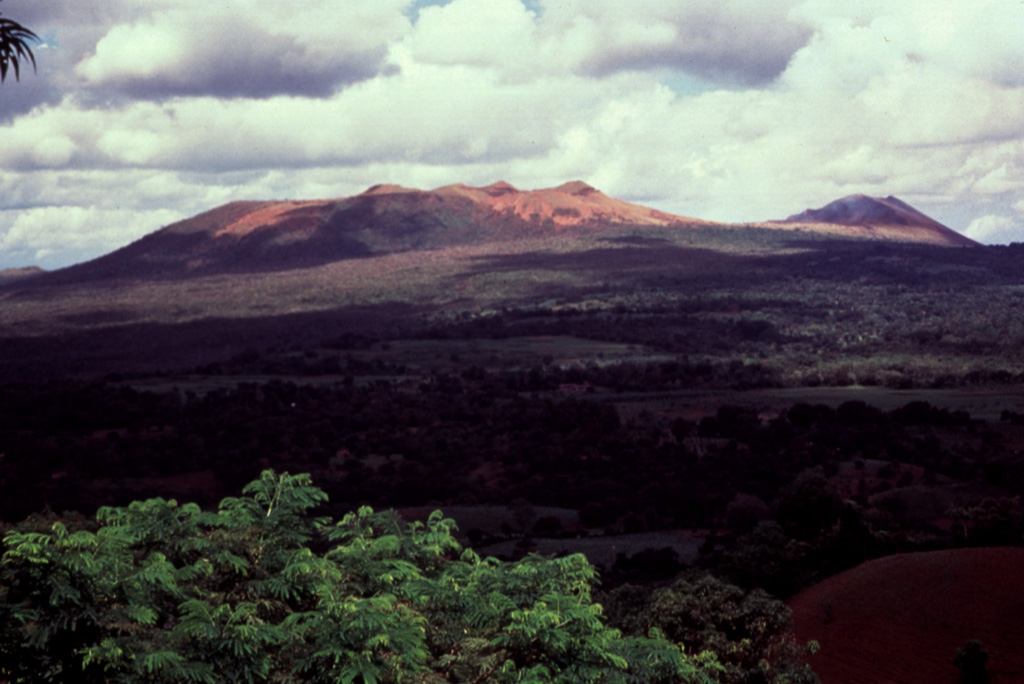 The Masaya central cone complex within the Holocene Masaya caldera (foreground) lies within a larger Pleistocene caldera, the Las Sierras (or Las Nubes) caldera, which was formed following the eruption of a major ignimbrite about 30,000 years ago. The ignimbrite deposit from this eruption is found in the Managua area, where it is cut by faults of the Managua Graben, which extends to the north, constraining the SE margins of Lake Managua.