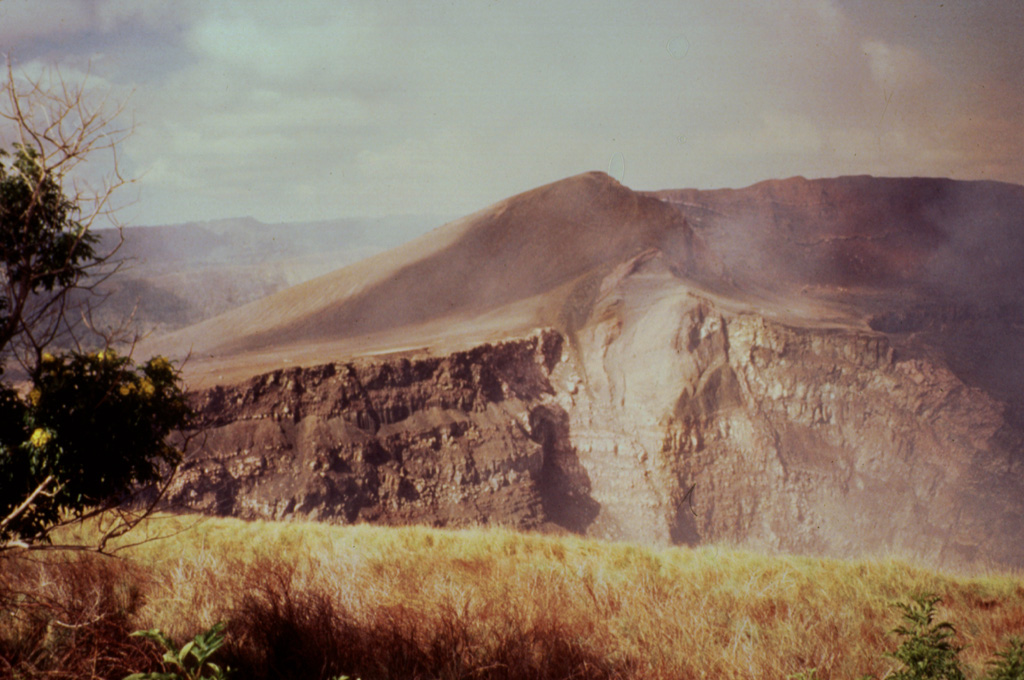 Santiago crater, seen here from the NE, formed in 1853. A strong detonation on April 9, 1853 was followed by heavy gas emission with no noticeable ejection of pyroclastic material. Flames were seen at the summit of the volcano on the night of September 15 from the town of Masatepe and later investigation revealed a new 80 x 65 m wide crater (later known as Santiago) with incandescent lava surrounded by volcanic bombs. Santiago pit crater expanded significantly in 1858-1859 and is now 600 m wide.