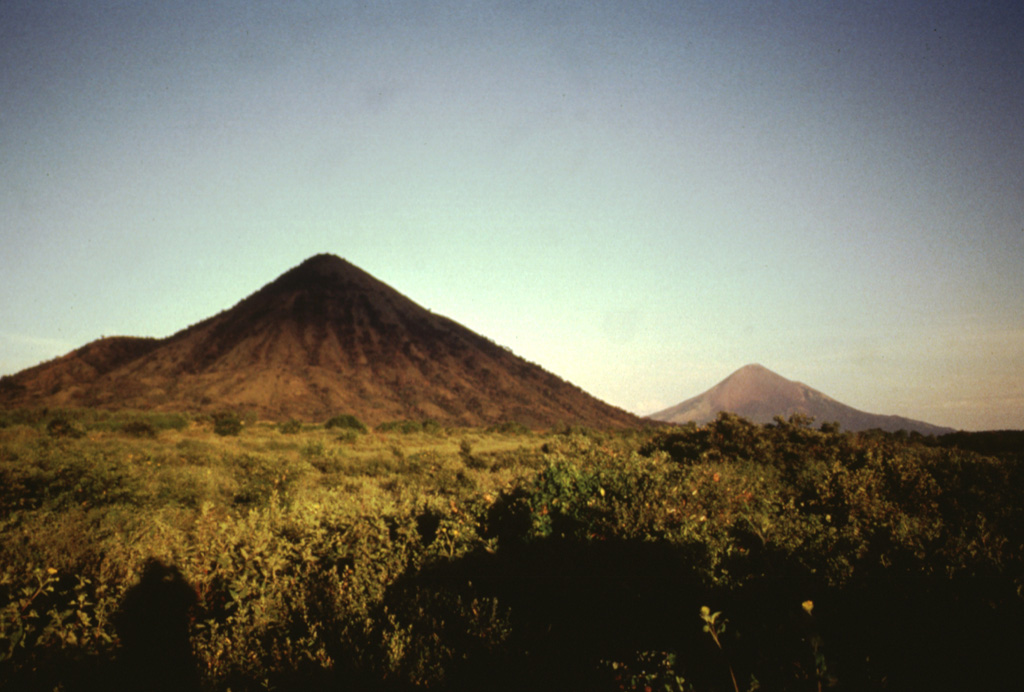 Two conical peaks of differing age rise to the east above the floor of the Nicaraguan depression. Cerro Asososca (left), part of Las Pilas volcanic complex, was constructed along a fissure extending south from Las Pilas. Erosional gullies cut the flanks of the 818-m-high cone. In the distance to the right is the younger Momotombo volcano, frequently active during historical time.