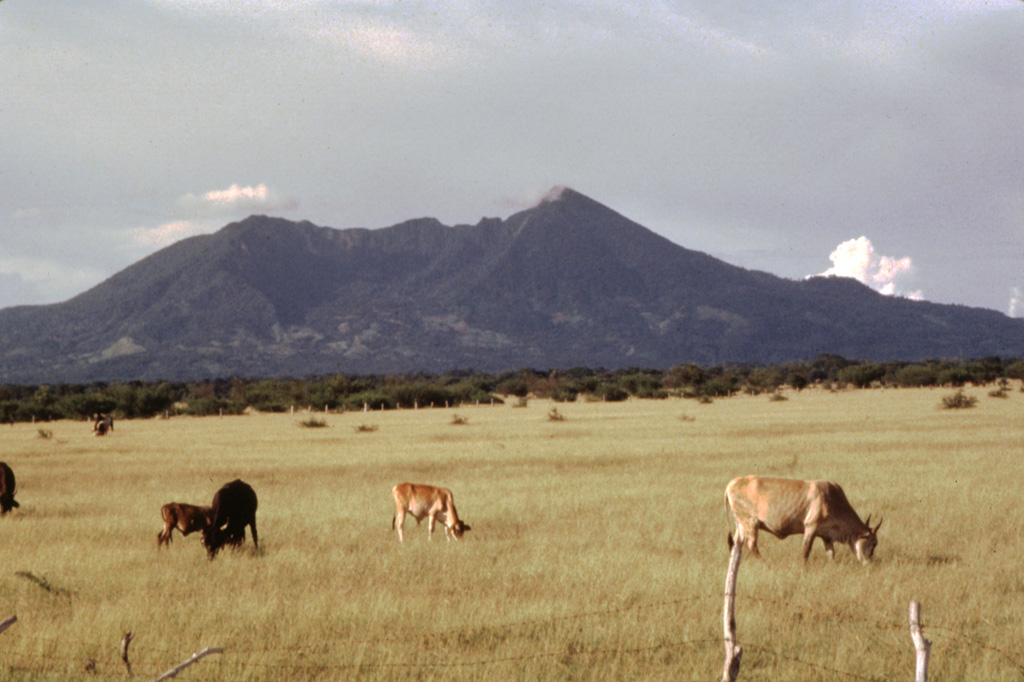 Volcán Mombacho rises above cattle ranches on the plain of Nandaime, south of the volcano. The volcano's irregular summit with two major peaks reaching 1222 and 1333 m resulted from collapse of the top of the volcano, which left the horseshoe-shaped depression in the center of the photo. Mombacho is the centerpiece of the Mombacho Volcano Reserve, whose forested terrain contains exotic orchids, birds and primates.