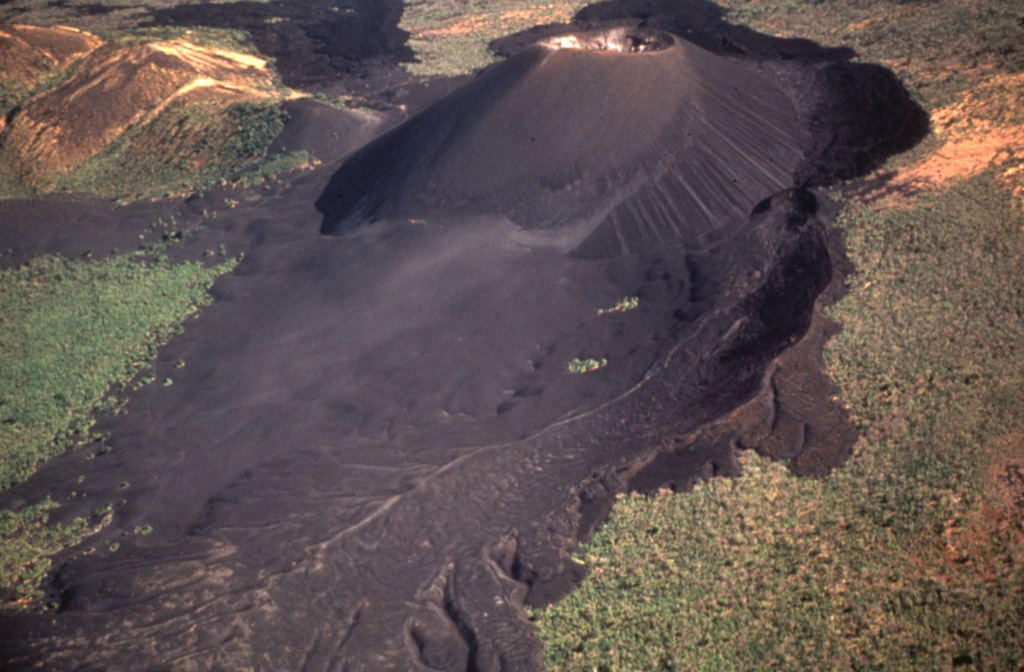 An aerial view from the SW after the 1992 eruption shows the greatly enlarged summit crater. The 1992 eruption expanded the summit crater to 370 m in diameter and an average depth of 90 m. Heavy ashfall caused extensive damage to buildings and croplands. No lava flows were erupted. The lobate lava flow extending to the bottom of the photo was erupted in 1968, and the tephra-mantled flow to its left was emplaced in 1960.