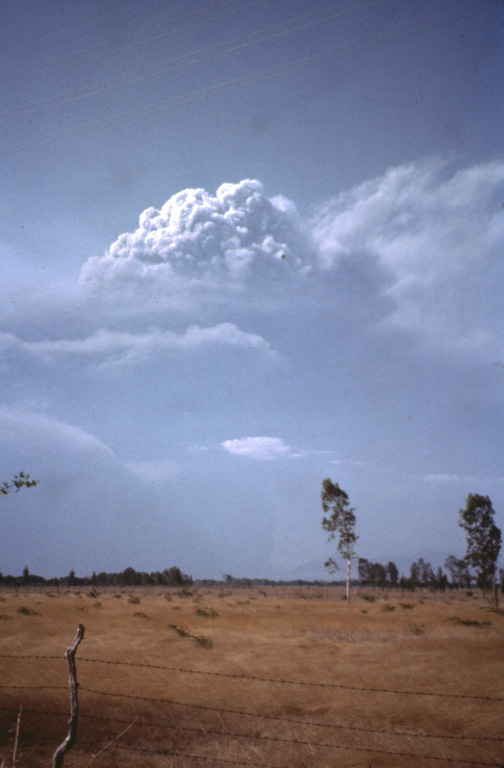 An eruption plume towers above Cerro Negro volcano in this April 1992 view from the south. Violent strombolian eruptions during April 9-14 produced heavy ashfall that caused extensive damage to buildings and croplands. The ash cloud extended 300 km to the WSW, with a maximum width of about 200 km. The eruption column was often clearly visible from Managua (60 km SE). Material ejected to about 7.5 km during more energetic pulses of the eruption was carried roughly 50 km NE by higher-altitude winds.