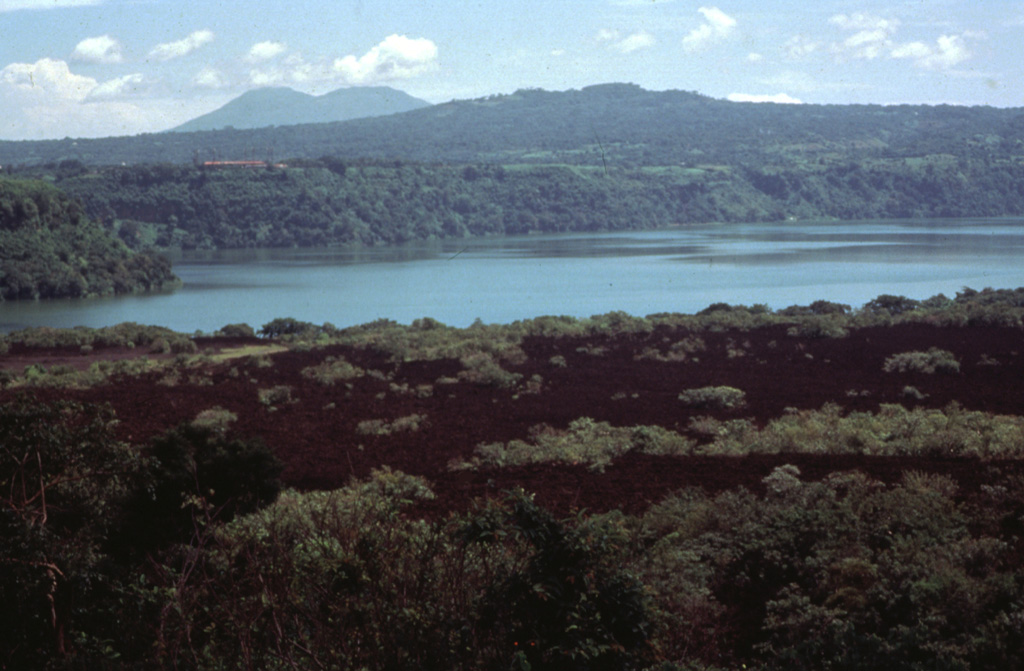 The sparsely vegetated lava flow in the foreground was emplaced during an eruption in 1772. The flow originated from a vent on the north side of Old Masaya crater and traveled to the north. One lobe passed through a notch in the northern caldera rim, while the lobe seen in this photo was deflected by the caldera rim and traveled to the SE into Lake Masaya, which is ponded against the SE caldera rim. The twin-peaked stratovolcano in the distance is Mombacho volcano.