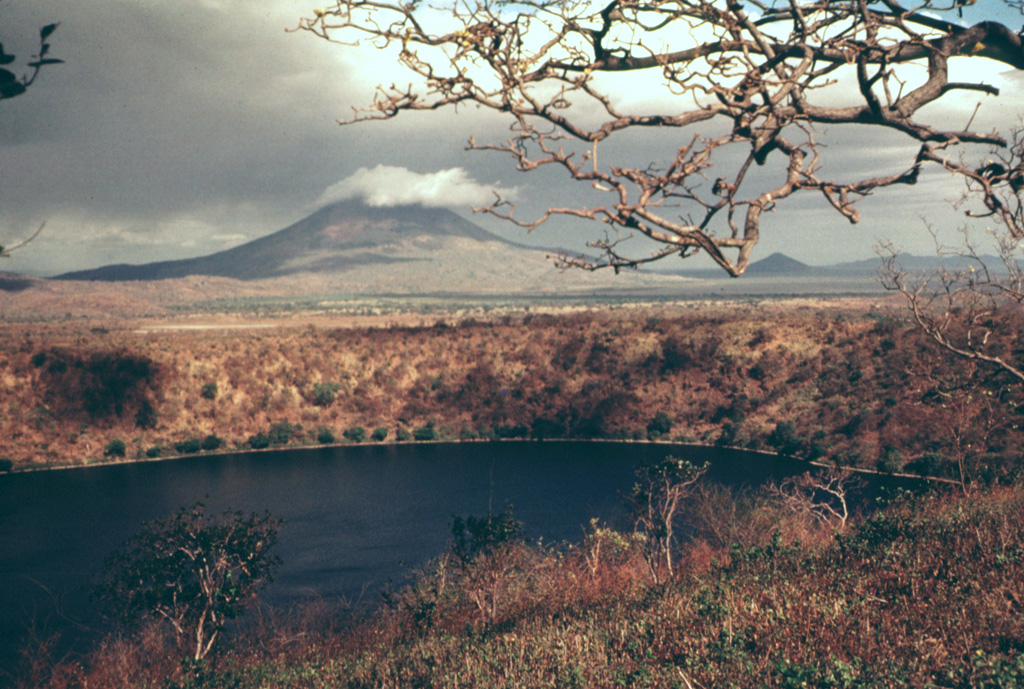 Laguna de Asososca in the foreground is a maar that was constructed along a fissure extending south from Las Pilas volcano. The maar is elongated N-S in the direction of the fissure system and is about 2 km long in that direction. Prevailing winds to the west constructed a higher rim on that side, the vantage point of this photo. The cloud-capped conical peak in the distance is Momotombo, and the much lower peak to its right is Momotombito, which forms an island in Lake Managua.