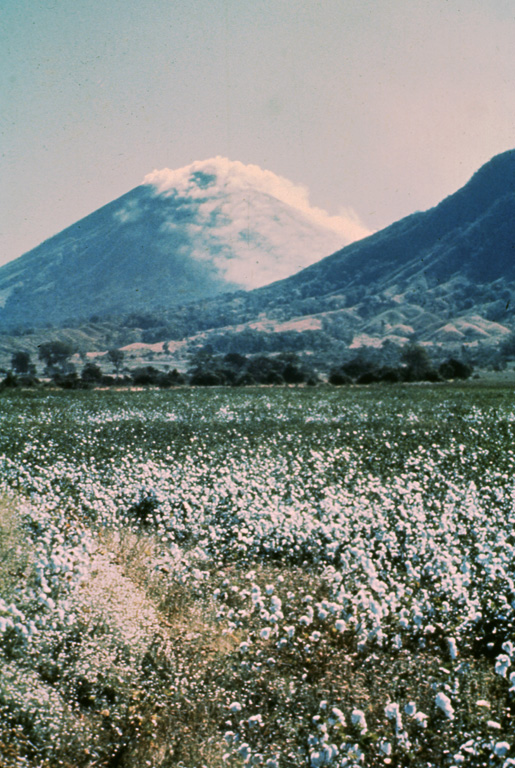 Steam clouds blown to the west by trade winds pour from the summit crater of San Cristóbal in 1977 and blanket the volcano's flanks. The slopes of El Chonco, an eroded stratovolcano at the western end of the San Cristóbal complex, are seen at the right above cotton fields in the foreground. Several lava domes are found near the base of El Chonco, which also produced a 9-km-long lava flow that extends to within 1.5 km of the city of Chinandega, SW of the volcano.