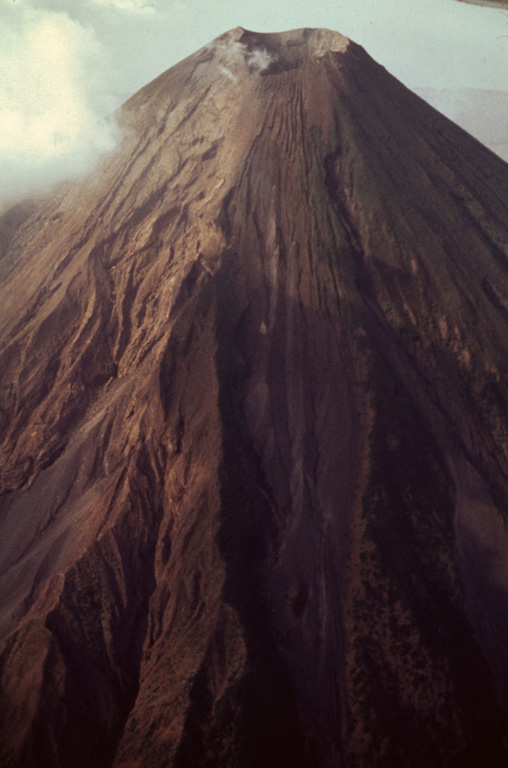 Symmetrical Volcán Concepción rises to about 1700 m above sea level, forming one of Nicaragua's highest volcanoes. More than 40 individual lava flows are visible on the volcano's flanks. Much of the upper cone, including the south side seen here, remains unvegetated. Frequent eruptions have substantially modified the summit region of the volcano since the publication of the last topographic map, which preceded the 1957 eruption. The previous broad summit plateau is now capped by a steep-sided cone.