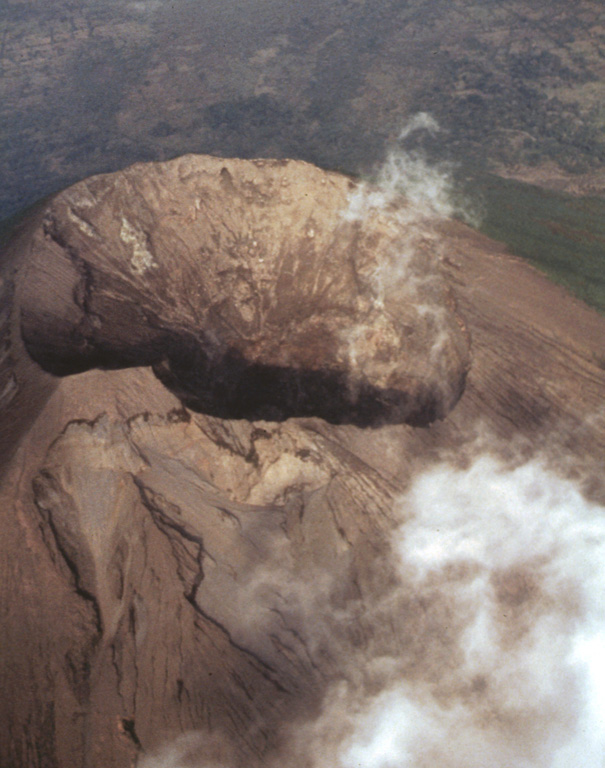 The steep-walled crater of Concepción volcano is seen here in an aerial view from the west in 1994. The crater is almost circular, 300 m in diameter and about 250 m deep. The upper part in 1993 had a funnel shape, which descended into a pit crater at the SW side. The northern and eastern sides had a break in slope half way down; the SW side was a vertical cliff. This cliff is the head scarp of a landslide that fell into the crater in December 1992, forming a 100-m-wide scree slope infilling part of the pit crater.