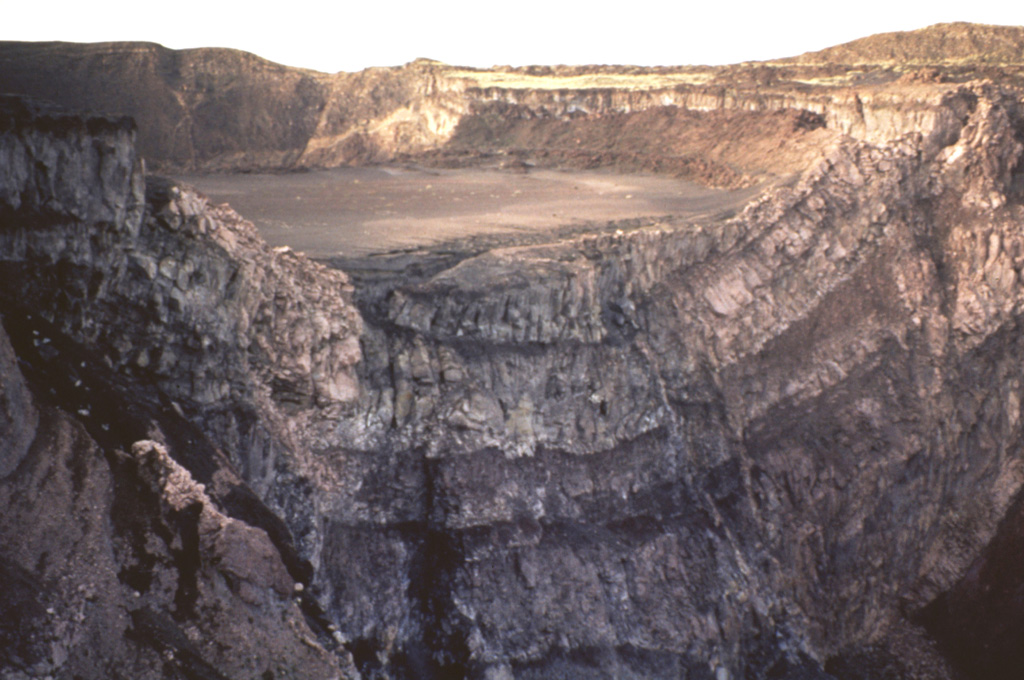 Nindirí crater is partially truncated by the walls of Santiago crater, which formed in 1858-1859. The crater walls reveal flows from lava lakes erupted between 1524 and 1670. An active lava lake was apparently present in Nindirí crater from 1524 to 1544, as reported by Spanish Friars passing through Nicaragua. The Spanish chronicler Oviedo observed the lava lake when he climbed the volcano in July 1529. In 1534 Friar Bartolomé de las Casas reported that a letter could be read at night in the town of Nindirí (6 km away) by the glow of lava.