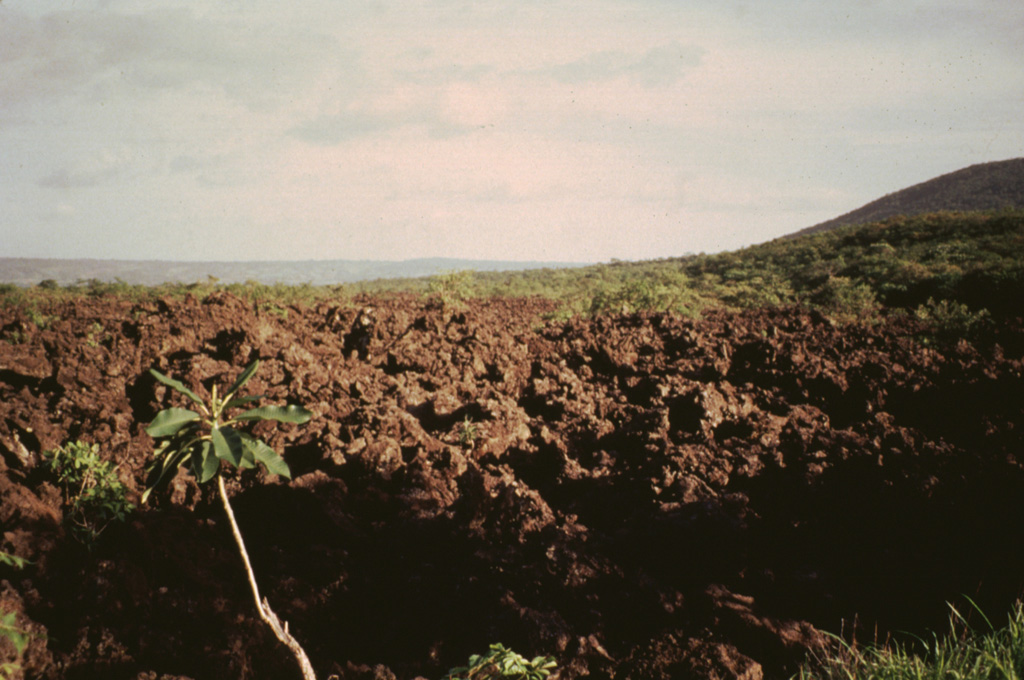 The fresh-looking lava flow in the foreground was erupted in 1772. On March 16 of that year lava emerged from a fissure on the north side of Old Masaya Crater, accompanied by bomb ejection. Part of the flow was diverted by the caldera wall and flowed into Masaya Lake, but much of the flow overtopped the caldera rim and traveled a total of 16 km to near the shores of Lake Managua, cutting the road between Nindirí and Managua and destroying croplands. The eruption lasted about 9 days.