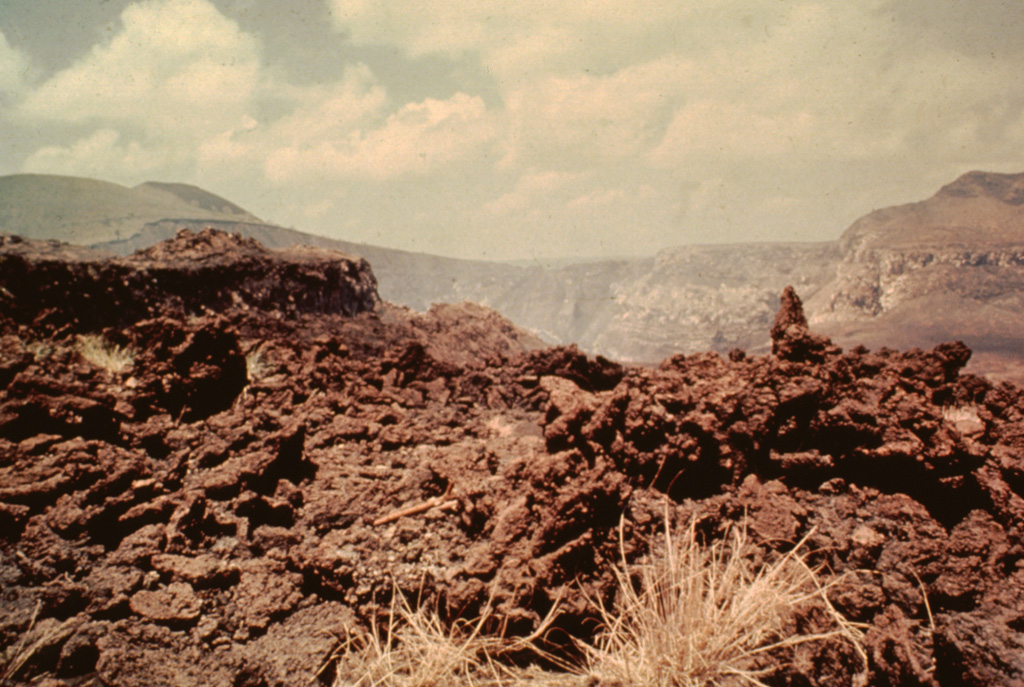 The 1670 lava flow from Nindirí crater in the background is seen here spilling over the crater rim. A series of lava lakes emplaced in 1670 eventually overflowed the rim through this narrow notch and produced a large lava flow that traveled 5 km down the north flank of the intracaldera cone.