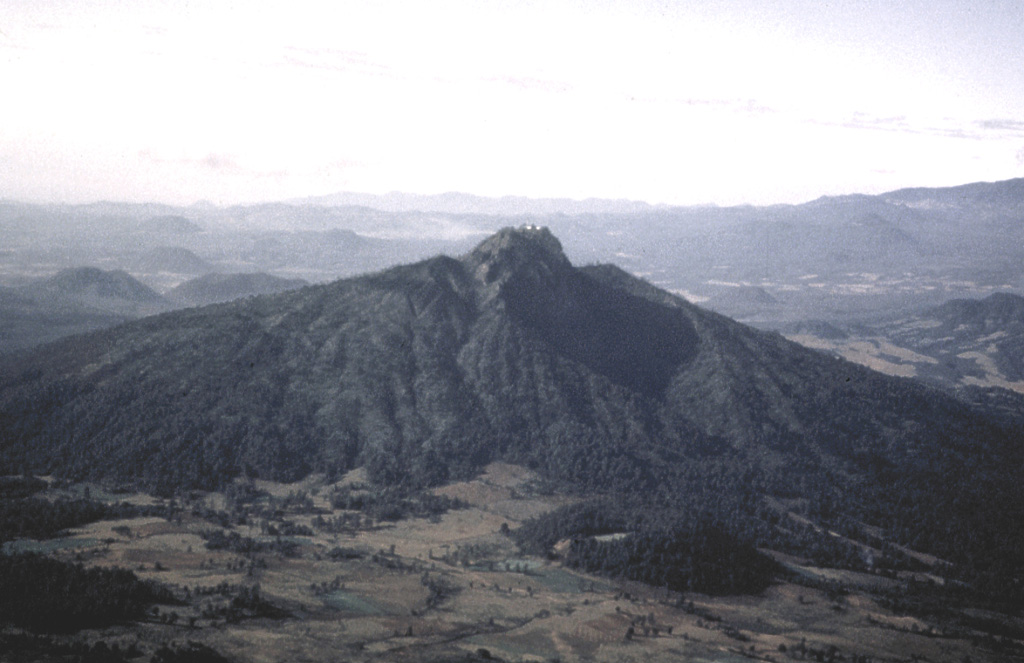 Paracho volcano is one of the many cones of the Michoacán-Guanajuato volcanic field. It is seen here from the west with its summit crater filled by a flat-topped lava dome that is the site of a radio antenna station. The dome fills the upper end of a large erosional valley that extends down the flank from the summit. Edifice collapse has occurred on the eastern side of the volcano, producing a major debris avalanche deposit covering an area of about 175 km2.