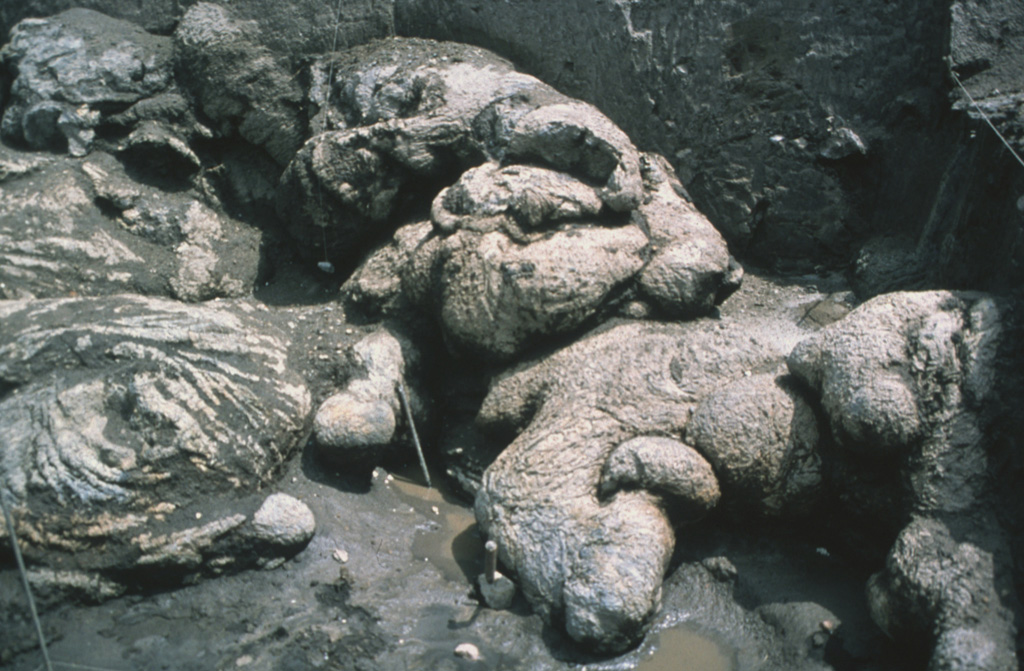 Pillow lavas from Xitle are exposed near the Cuicuilco Ceremonial Center, Mexico City. It is thought that the basaltic lava flows entered into a pond, causing the formation of pillow structures. The possibility that these flow textures indirectly represent "man-made" pillows (entering an artificial pond) has been considered.