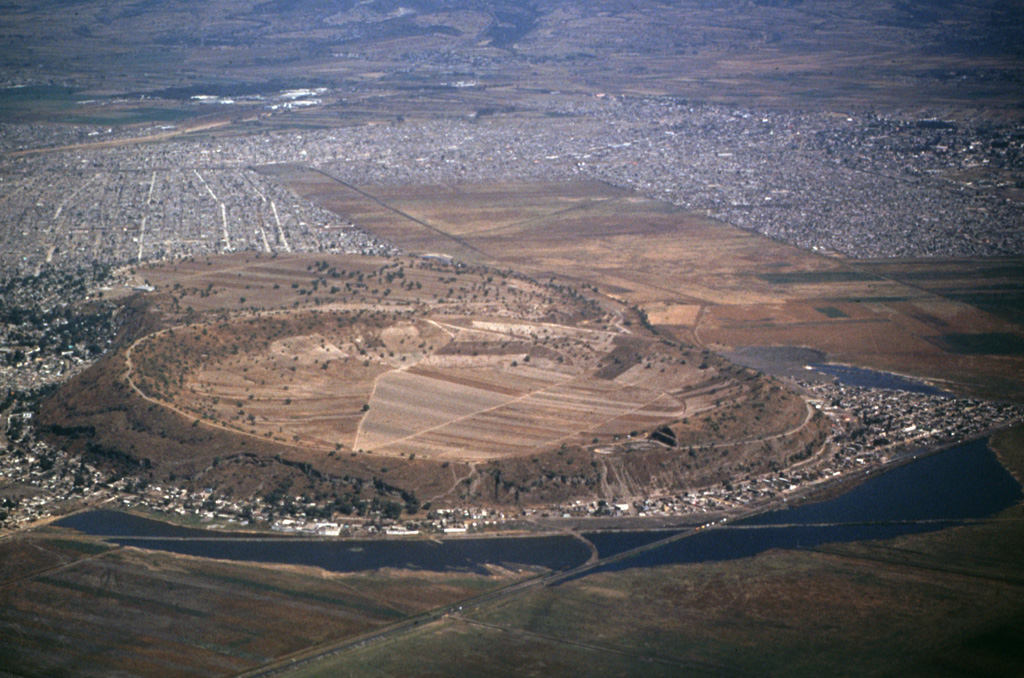 Xico is a low circular tuff ring within Mexico City that is part of the Chichinautzin volcanic field, seen here from the S. This volcano was formed by phreatomagmatic eruptions through the middle of Lake Chalco, the remains of which can be seen surrounding the tuff ring. Chalco and Lakes Texcoco and Xochimilco were formed when lava flows blocked river drainages to the S.