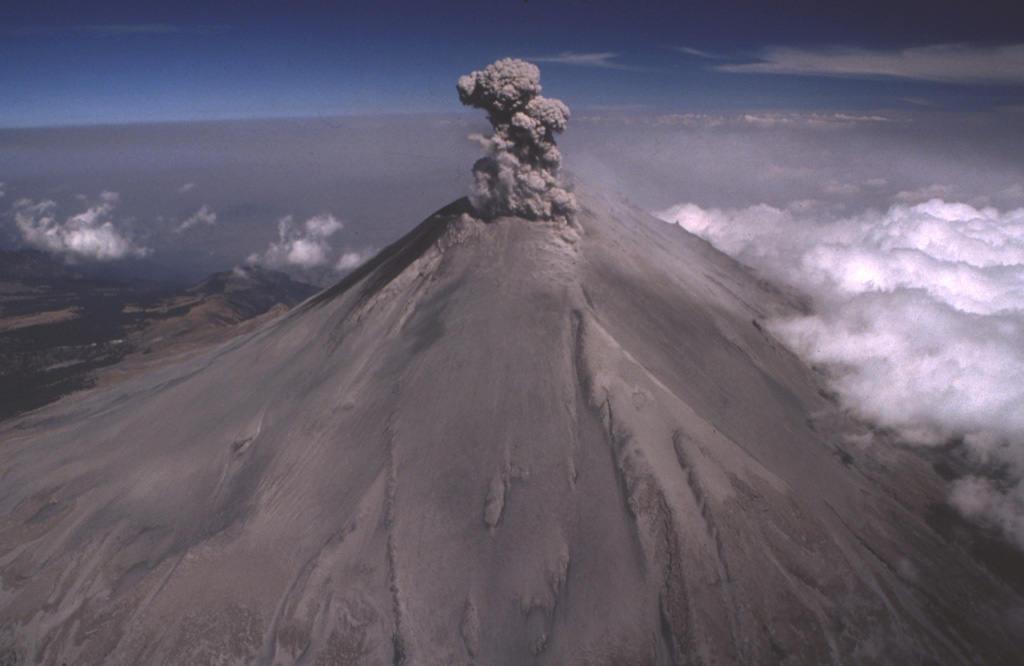 Ash from previous explosions covers the slopes of Popocatépetl on 21 February 1995, as another ash plume rises above the summit crater in this aerial view from the south. Repeated small-to-moderate eruptions had begun on 21 December 1994. The renewal of eruptive activity after a quiescence of about a half century prompted the initial temporary evacuation of 50,000 people living in towns east of the volcano.