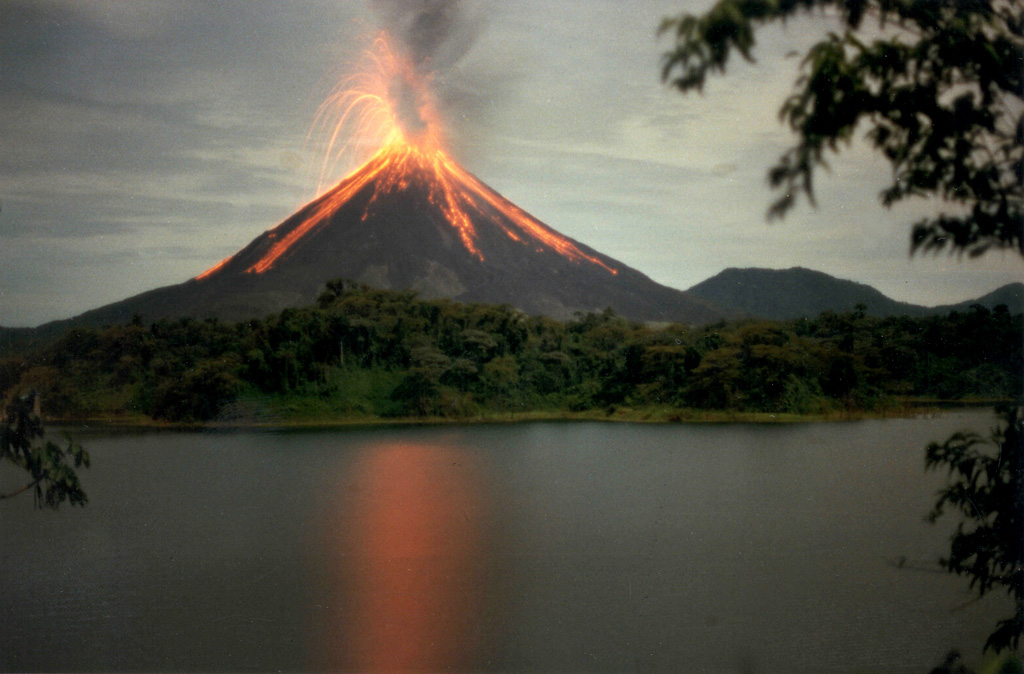 A Strombolian eruption is seen here at Arenal on 15 June 1997. The oldest known Arenal products are about 7,000 years old, and the volcano was active for several thousand years contemporaneously with the older Chato volcano (lower right). A recent eruptive period began with a major explosive event in 1968, and frequent explosive activity and slow lava effusion continued through to 2010.