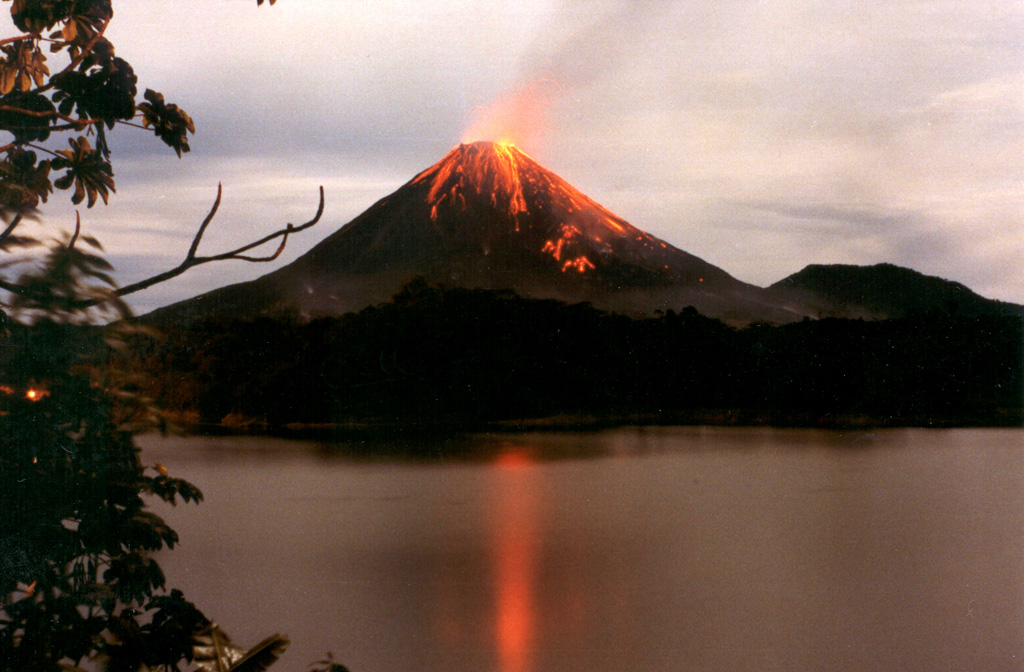 Strombolian eruptions from Arenal volcano are reflected in Lake Arenal in December 1992 during an eruption that began on 29 July 1968. The eruption produced major explosions and pyroclastic flows from three new vents on the west flank, destroying two towns and killing 78 people. The eruption continued through to 2010 and lava flows formed an extensive lava field on the west flank, accompanied by intermittent explosive activity.