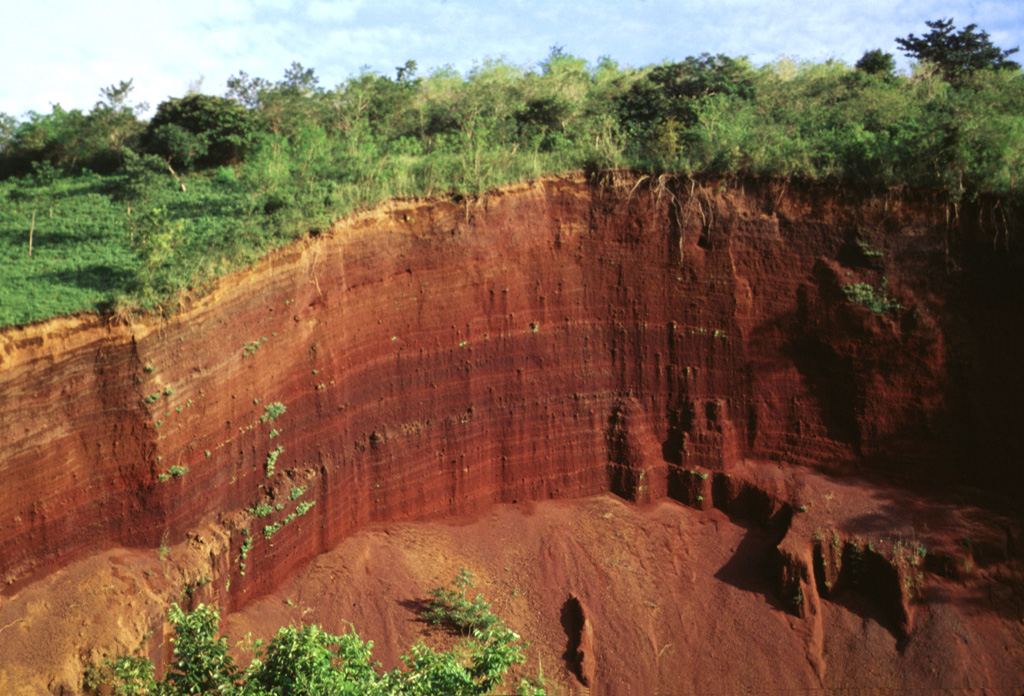 A quarry exposes bedded oxidized scoria layers in a cinder cone of the fissure-fed Granada alignment. The cone was constructed along a semi-arcuate, N-S-trending fracture located between the city of Granada and the northern flanks of Mombacho volcano, east of the rim of Apoyo caldera. The lineament is also known as the La Joya alignment, after the explosion craters located SW of Granada. The alignment originated about 12,000 years ago, and its latest eruptions may have occurred as recently as about 2000 years ago. 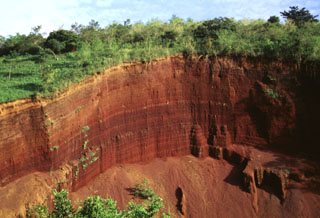