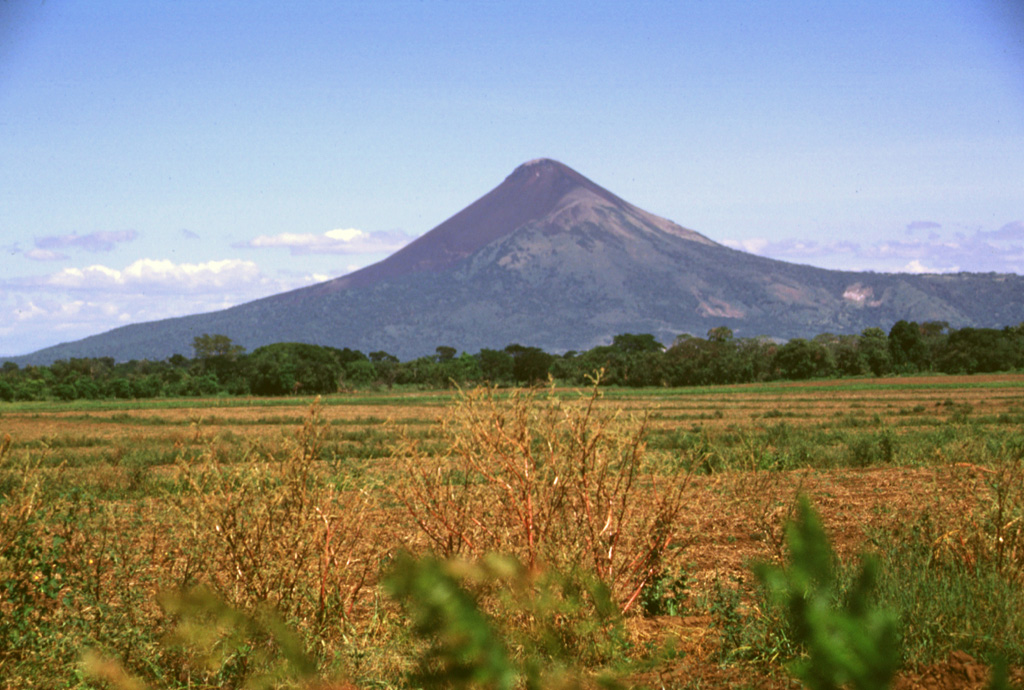 Momotombo volcano towers above the floor of the Nicaraguan depression. Following its birth about 4500 years ago, a catastrophic eruption of Old Momotombo volcano about 2700-2800 years ago produced large amounts of tephra and pyroclastic flows. As a result of this eruption a 1.5 x 1.1 km wide crater was formed at the summit. Subsequent eruptions beginning about 800-900 years ago created the Young Momotombo volcano, which filled much of this crater and forms the present summit.