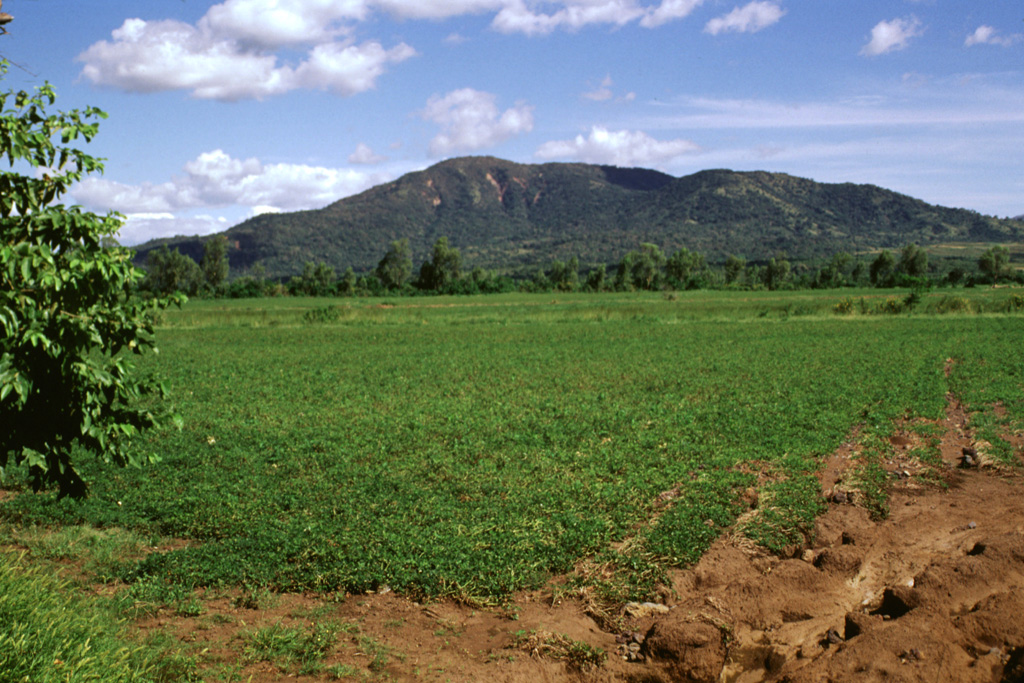 The low, forested Rota stratovolcano rises above fields to its west in the area between Cerro Negro volcano and the Telica volcanic complex. A 1-km-wide circular crater whose rim is lowest on the southern side lies at the summit. The latest eruption from Rota produced thick andesitic lava flows from a NE-trending fissure NW of the summit. No historical eruptions are known from Volcán Rota, although seismic swarms occurred in 1986, 1989, and 1992. 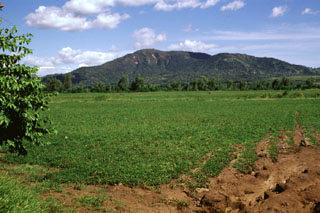