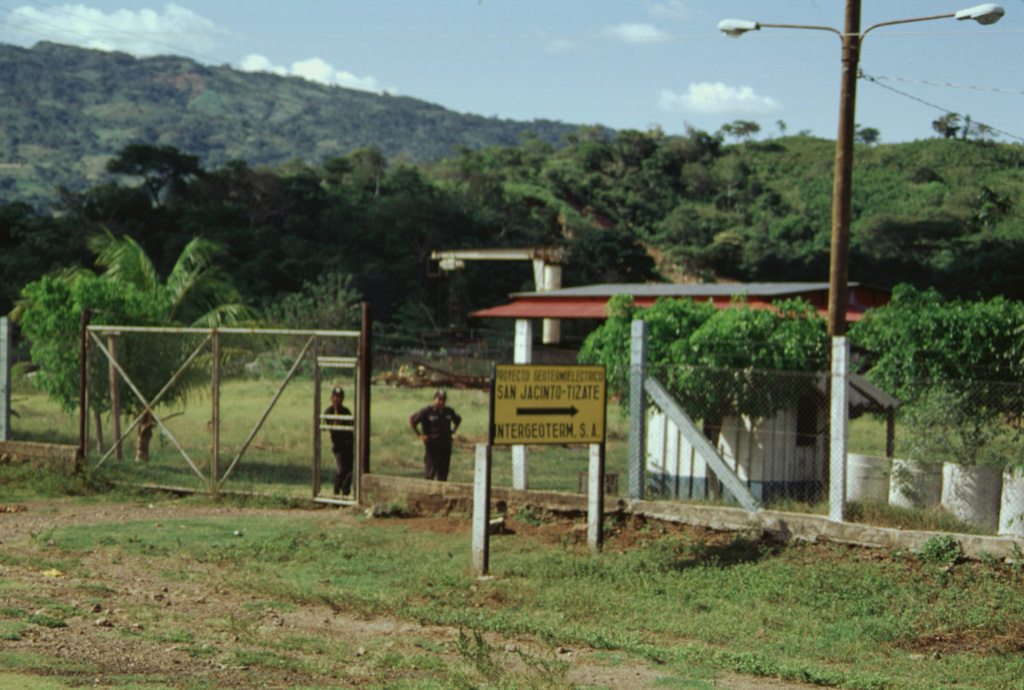 The San Jacinto-Tizate geothermal prospect at the eastern end of the Telica volcanic complex has undergone intermittent exploration by a Nicaraguan-Russian consortium. During the 1993-1995 period, seven exploration-production wells were drilled in the San Jacinto-Tizate geothermal area. The wells had total depths between 724 and 2235 m and encountered temperatures from 264 to 289 degrees Centigrade. Subsequent development by Polaris Geothermal resulted in inauguration of the first 10 MW production well in June 2005.