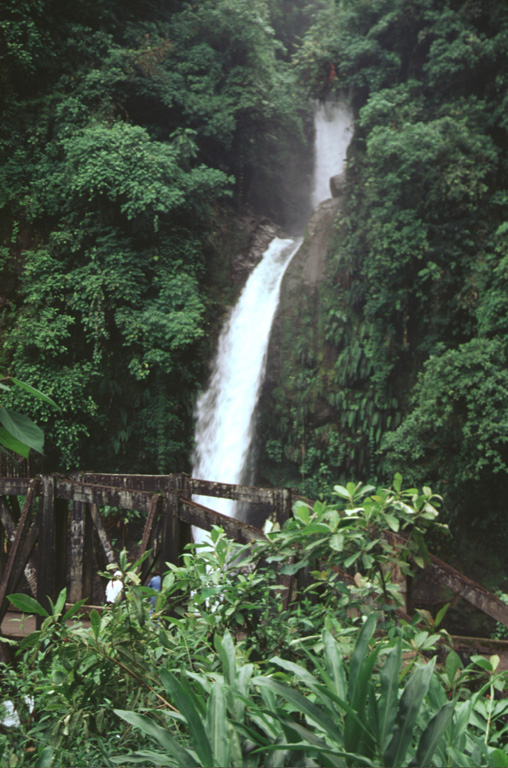 Radial drainages draped with lush vegetation descend the flanks of Poás volcano. These waterfalls on the Río La Paz lie on the eastern flank of Poás along the road between the central valley and the Atlantic coastal plain. NE-flank drainages empty into the Río Sarapiquí and then the Río San Juan en route to the Carribean Sea. Poás is the centerpiece of a national park that preserves highland forests and abundant wildlife.