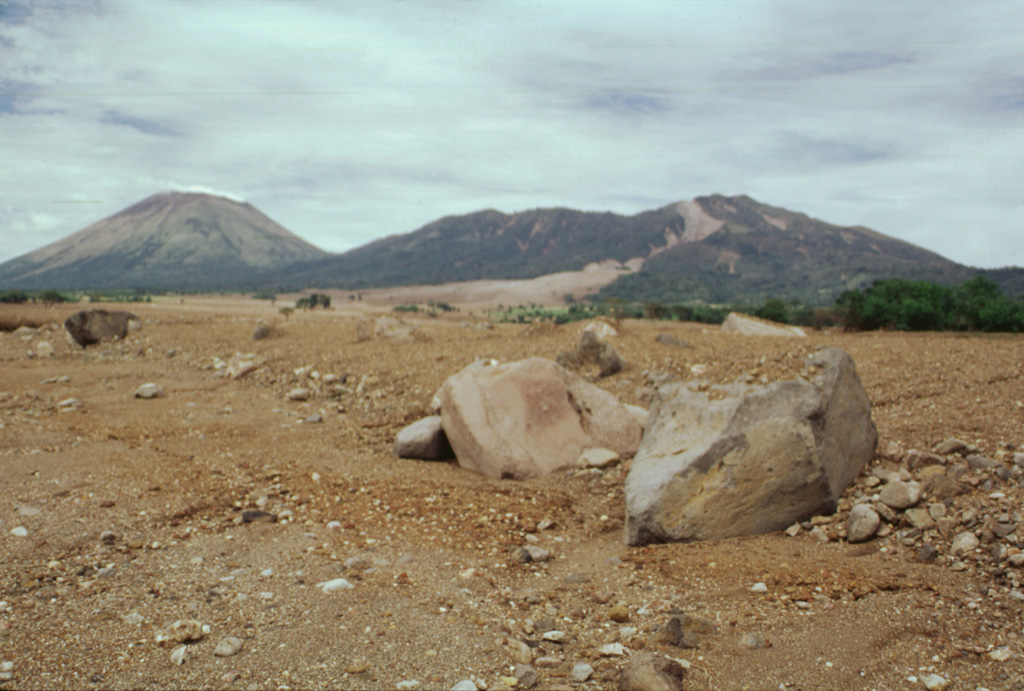 Rapidly moving fine-grained sediment and coarse boulders of a devastating lahar on 30 October 1998 obliterated evidence of the towns of El Porvenir and Rolando Rodriguez, which were located in the foreground area of this photo. The trace of the mudflow forms the light-colored scar extending from its source near the summit of Casita volcano (upper right). The devastating mudflow, which killed about 1600 people, was about 3 m deep at peak flow and 1.5 km wide at the location of the two towns. San Cristóbal volcano is at the upper left.