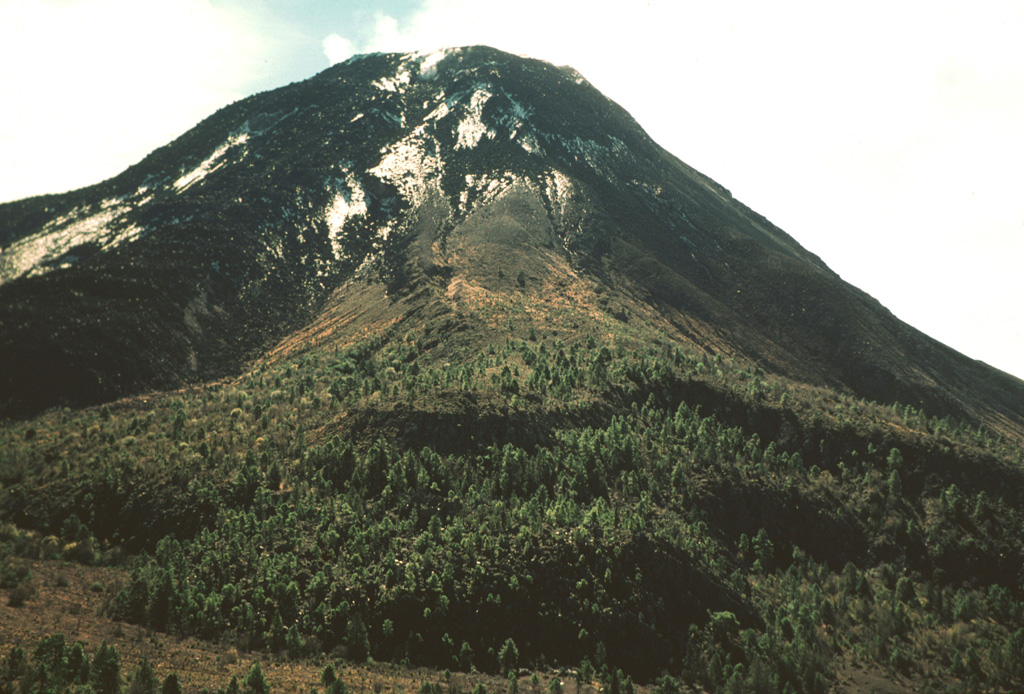 The exact age of the forested lava flow with the lobate margins in the foreground is not known, but the flow may have been erupted in 1872. The 0.06 cu km lava flow spilled over the NW rim of the summit crater and reached the floor of Colima's caldera. Large explosive eruptions took place in 1872, and ash covered a >30 km radius. In addition to activity from El Volcancito, a small "overflow of scoria" took place at the main crater in 1873. An explosion on January 10, 1873 caused ashfall 200 km away in Zamora.