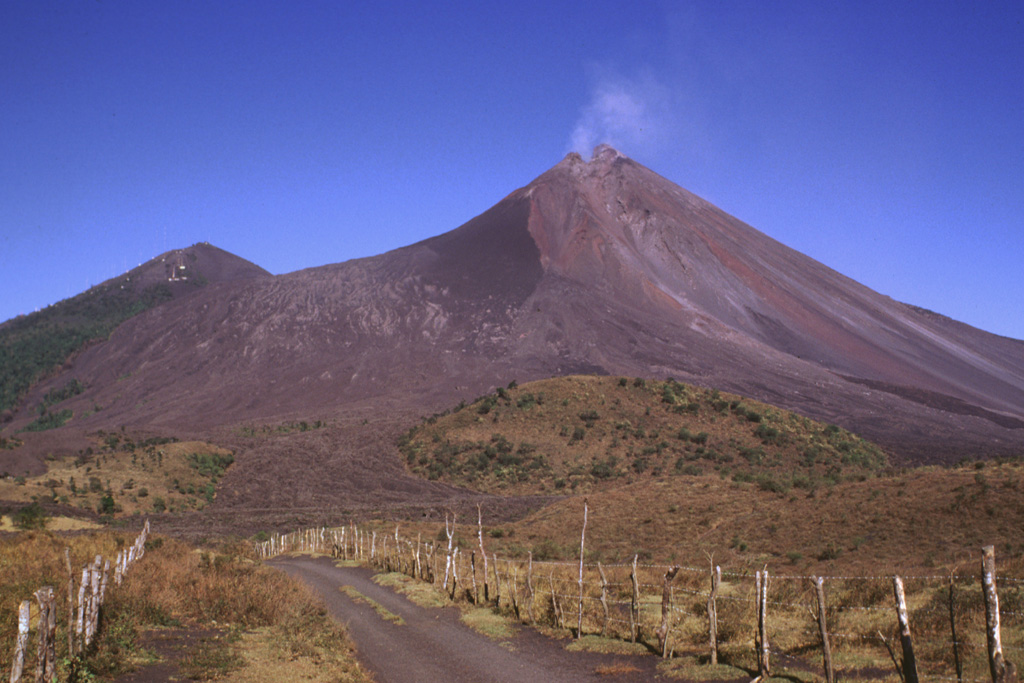 Lava flows were erupted in late 1998, seen across the upper left-hand flank of the degassing MacKenney cone at Pacaya in February 1999. They originated from vents at the summit and upper flanks of the cone and descended into the caldera before being deflected by the caldera wall to the west. The hill on the left horizon is Cerro Chino, a scoria cone constructed on the NW crater rim. Strong explosive eruptions in 1998 created a notch in the summit of MacKenney cone and the deep gully that extends diagonally down to the right.