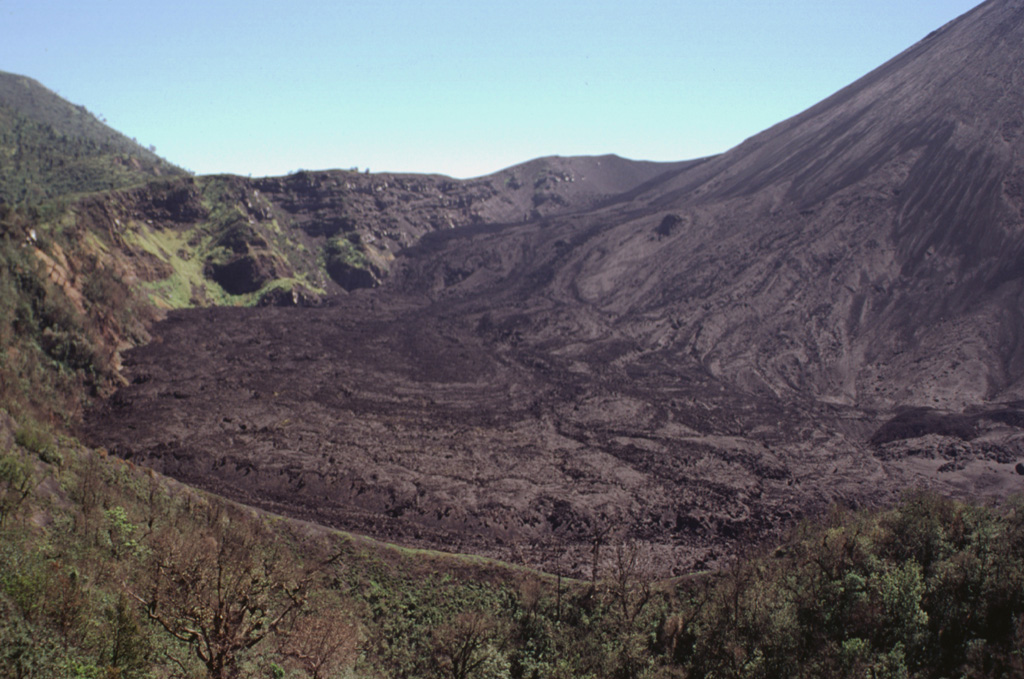 Lava flows erupted in September 1998 cover the floor of the caldera moat of Pacaya. The caldera wall here is about 100 m high. Frequent lava flows from MacKenney cone, whose flank is to the right, have been gradually forming deposits to tens of meters higher than it was a decade ago. Eruptions at MacKenney cone have been frequent since its initial eruption in 1965. The ridge in the foreground is the crater rim of Cerro Chino.