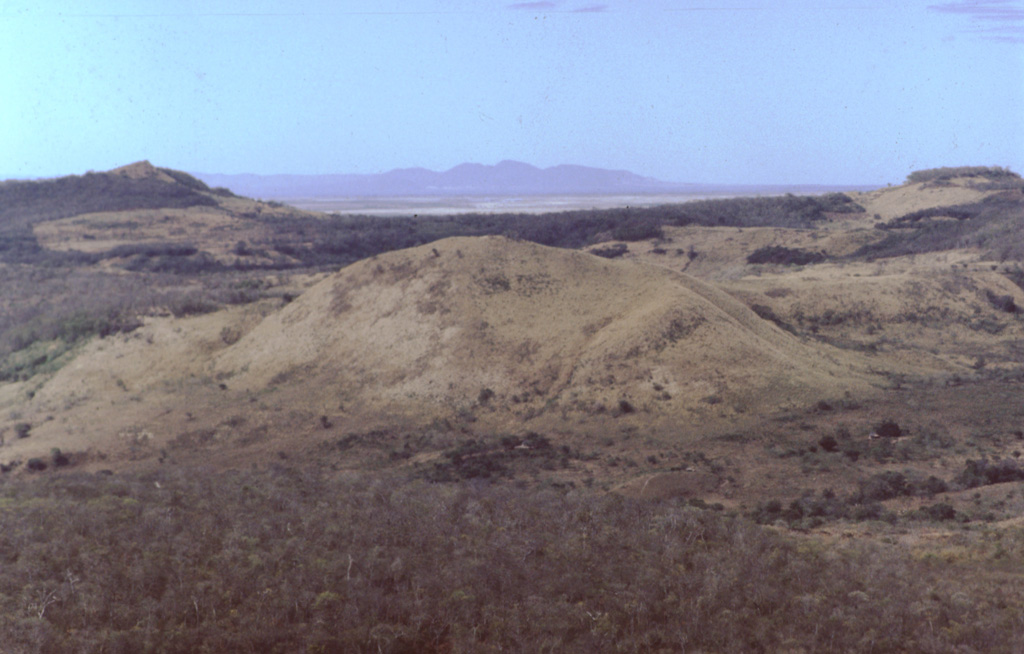 The rounded post-caldera lava dome in the center of the photo was constructed on the southern flank of Las Lajas volcano. In addition to flank domes, five coalescing domes were constructed within the caldera. 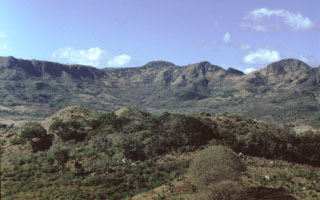