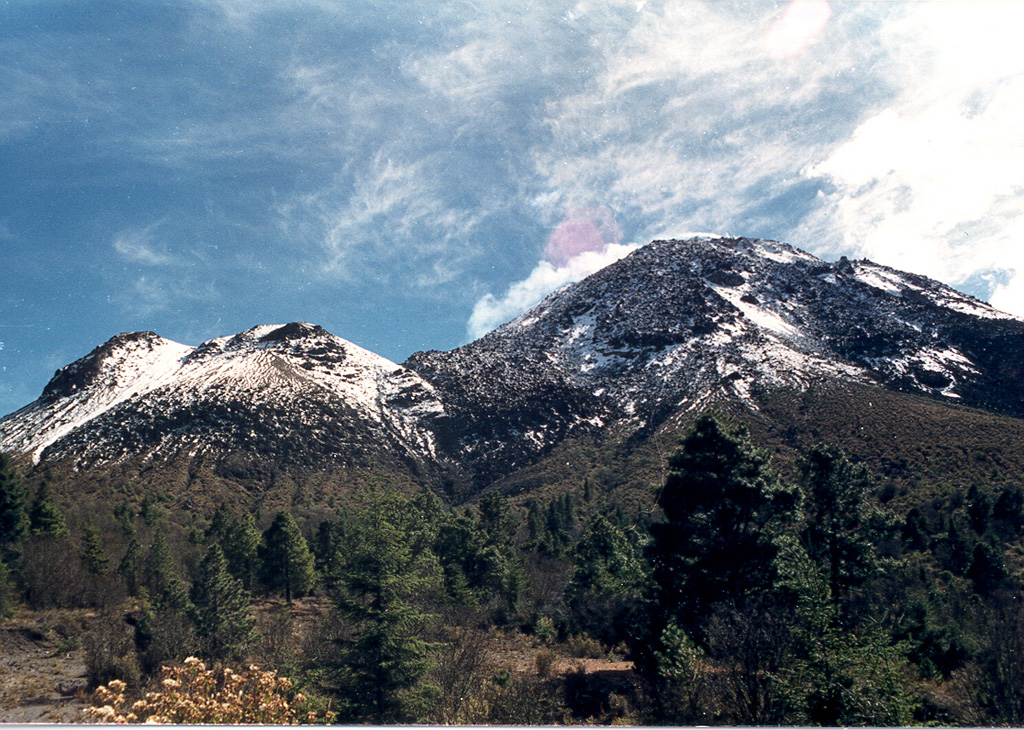 The two rounded peaks to the left, 700 m below and 1 km NE of the summit of Colima, are the El Volcancito lava-dome complex, with dome growth commencing on 12 June 1869 after large explosive eruptions. Deformation had been visible with the naked eye since 19 March. During the eruption 0.21 km3 of lava filled the NE part of the caldera, and lava flows from Volcancito flowed to the ESE and ENE over the caldera rim.