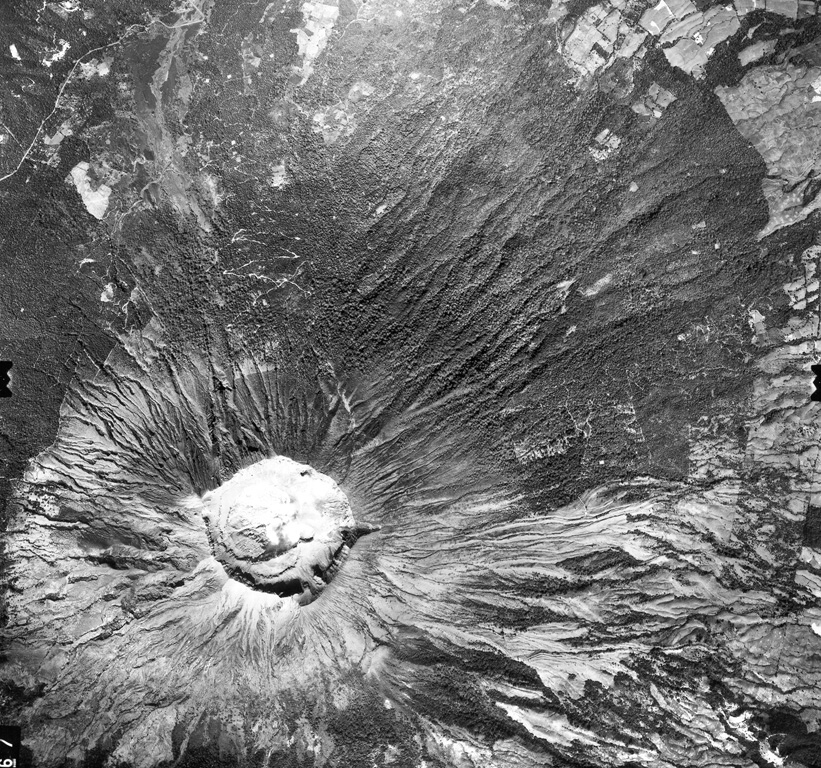 The symmetrical cone of San Miguel is truncated by a deep, 900-m-wide crater. Benches on the crater floor reflect a complex history of modification of the crater during historical time. The upper unvegetated part of San Miguel volcano is dissected by erosional gullies. Many lava flows have originated from flank vents, including those at the lower right and the dark-colored, sparsely vegetated flow crossed by the highway at the upper left. The latter was erupted in 1844.