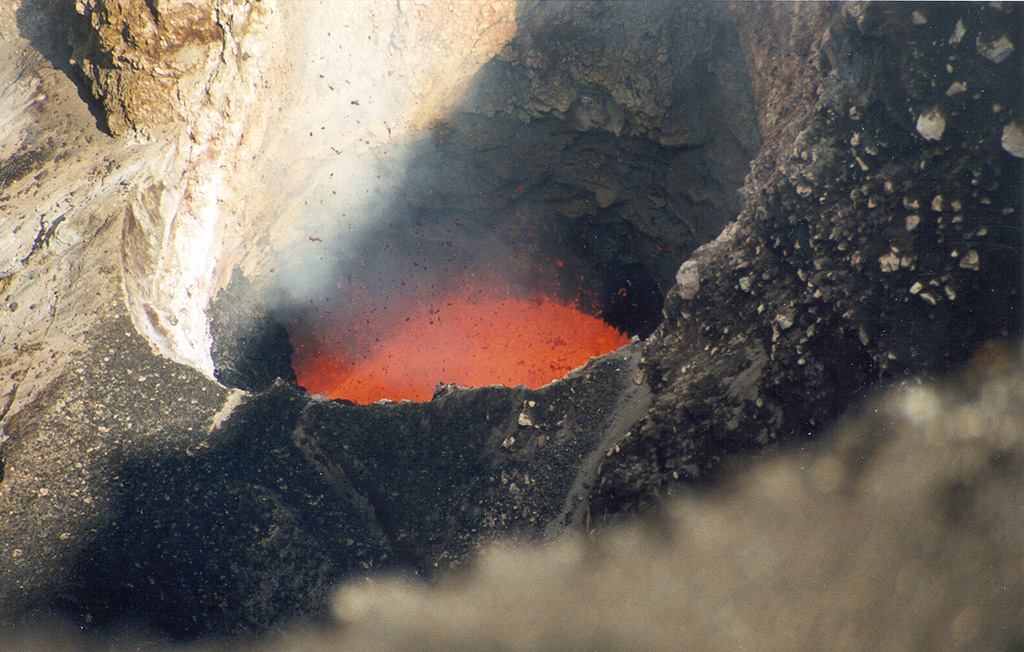 Incandescent spatter ejected from a new lava lake at vent C of Mbwelesu crater at Ambrym volcano on 28 August 1999. Mbwelesu was constructed at the eastern rim of Marum crater in the west-central part of the 12-km-wide summit caldera. More frequent lava lake activity had been reported from several craters within the caldera since at least 1996. Lava lake activity had also been previously noted by infrequent visitors to the summit caldera during the late 1980s and early 1990s.