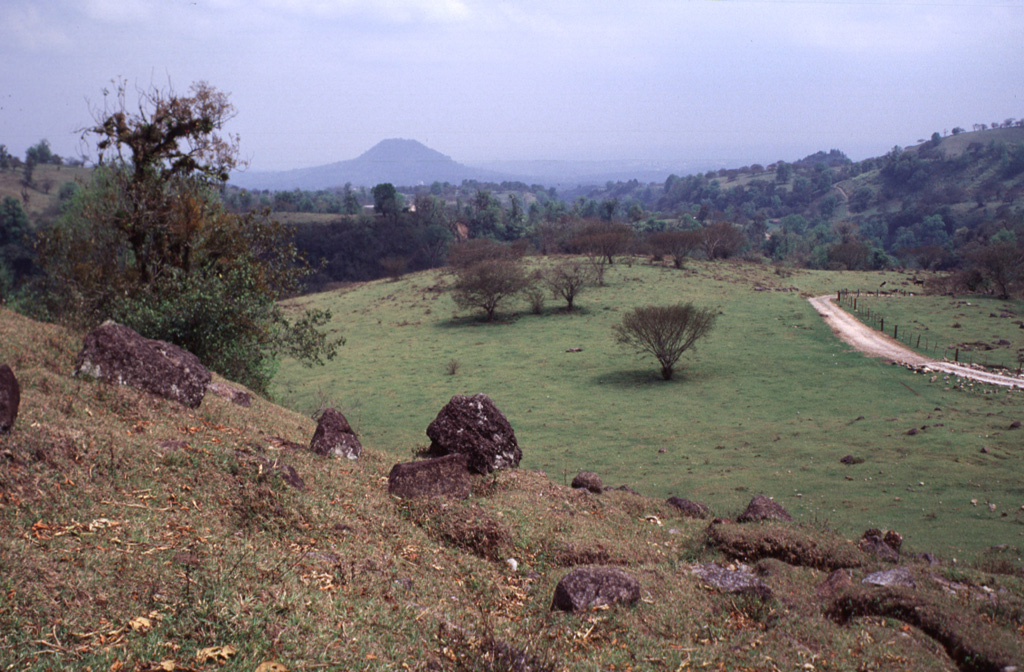 Boulders litter the irregular surface of the Xico debris-avalanche deposit, which formed at the end of the Pleistocene during the youngest of several edifice collapse-collapse events at Cofre de Perote volcano. The highly mobile avalanche traveled many tens of kilometers into the Río Pescado drainage. The avalanche deposit was named for the town of Xico, which lies in front of Cerro San Marcos, the flat-topped cone on the left-center horizon. 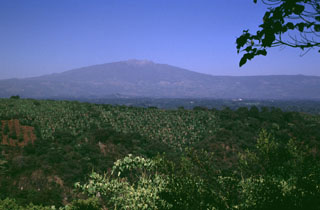