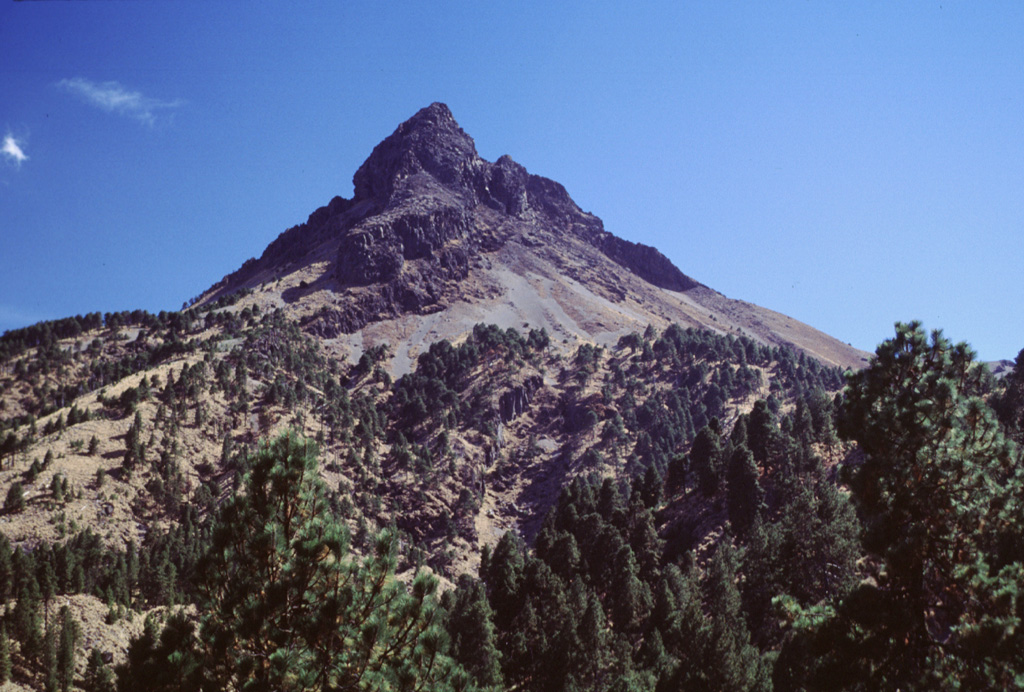 The summit of Nevado de Colima is the highest peak in western México and has been extensively eroded by glaciers, exposing steeply dipping lava flows. This cone is seen here from the northern rim of the outer collapse scarp, which contains a younger scarp on its NW side. This smaller 5-km-wide scarp formed during the late Pleistocene as a result of the collapse of the Nevado II edifice.