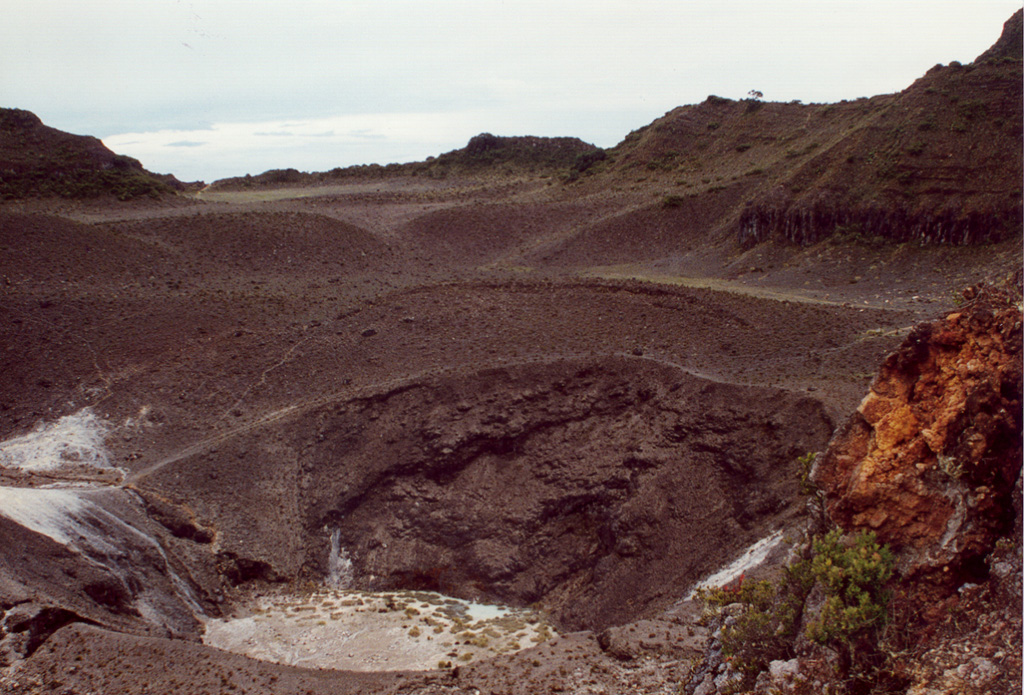 The 50-m-deep Turrialba central crater (seen here looking NE) and the SW crater were the source of a large eruption in 1866. Phreatomagmatic that year produced ashfall in Costa Rica's Central Valley for four days in January, and three days in February. Ash fell as far as Puntarenas and El Realejo in Nicaragua. Pyroclastic surges traveled more than 4 km, and small lahars traveled down the Río Aquiares and presumably other valleys.