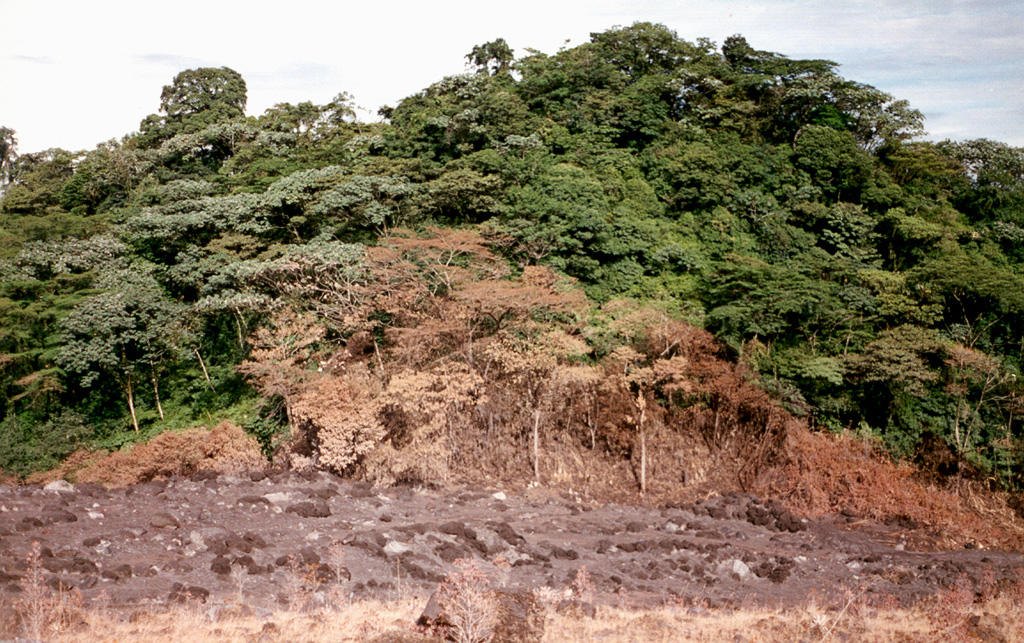 Vegetation was scorched along the margins of a pyroclastic flow that descended the Río Tabacón valley to a point only 400 m from the restaurant of the Tabacón Resort and Spa on 28 August 1993. Pyroclastic flows traveled down four valleys on the W-to-NW flanks on the 28th, and heavy ashfall broke tree limbs and damaged vegetation along a broad swath west of the volcano.