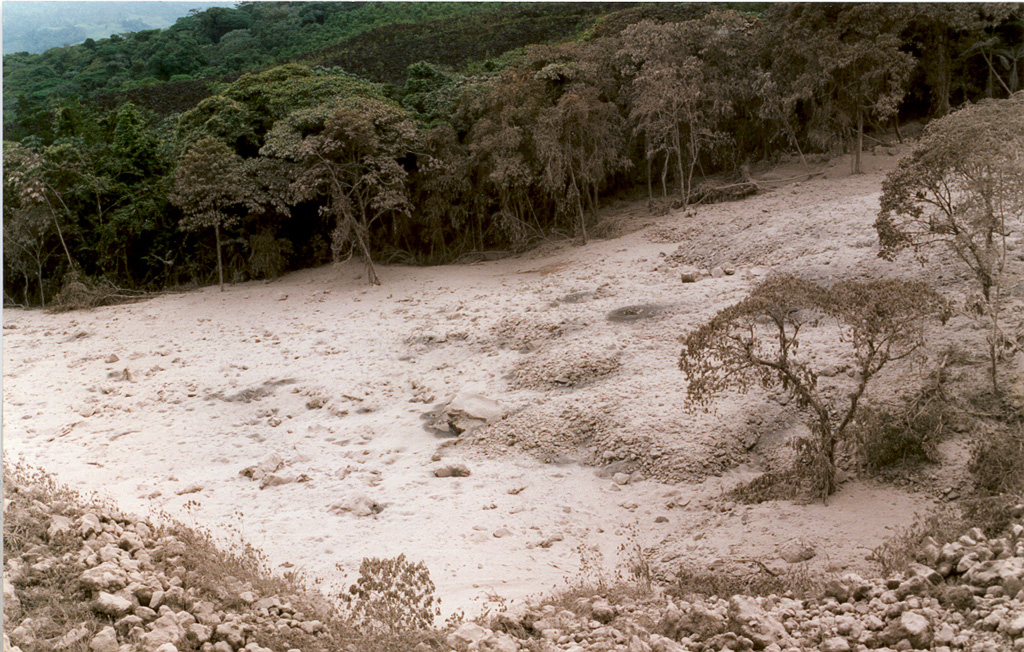 The main pyroclastic flow deposit of 5 May 1998 fills the channel of the Río Tabacón on the NW flank of Arenal. Nearly two dozen pyroclastic flows took place that afternoon. Transported blocks were semi-rounded and had abundant cooling joints; they often contained breadcrust textures from expansion of the partially molten core. Their sizes ranged up to 4 m in diameter. At an undisclosed time of inspection the block's temperatures were as high as 525°C, whereas at 10 cm depth the smaller tephra of the deposit's matrix reached only 100°C.