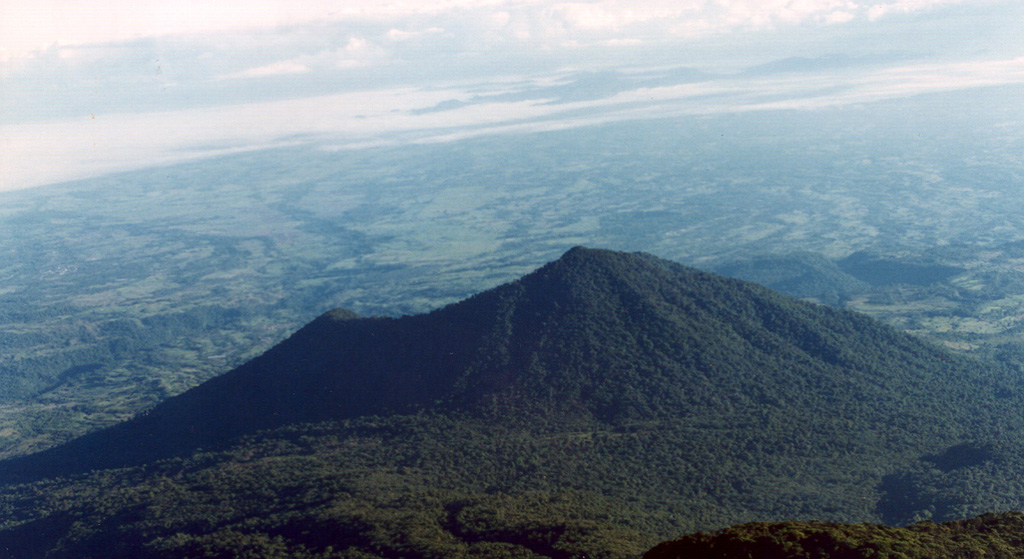 Cerro Congo lies about 6 km north of Poás volcano and was constructed along a N-S-trending chain of vents that extends into the Caribbean coastal plain in the background. The summit crater of the 2014-m-high stratovolcano, located at the northern end of Poás National Park, is breached to the NW. Howler monkeys abound in the forests blanketing the cone, and provide the name of the volcano. Cerro Congo was active during the late Pleistocene and Holocene until about 5000 years ago.