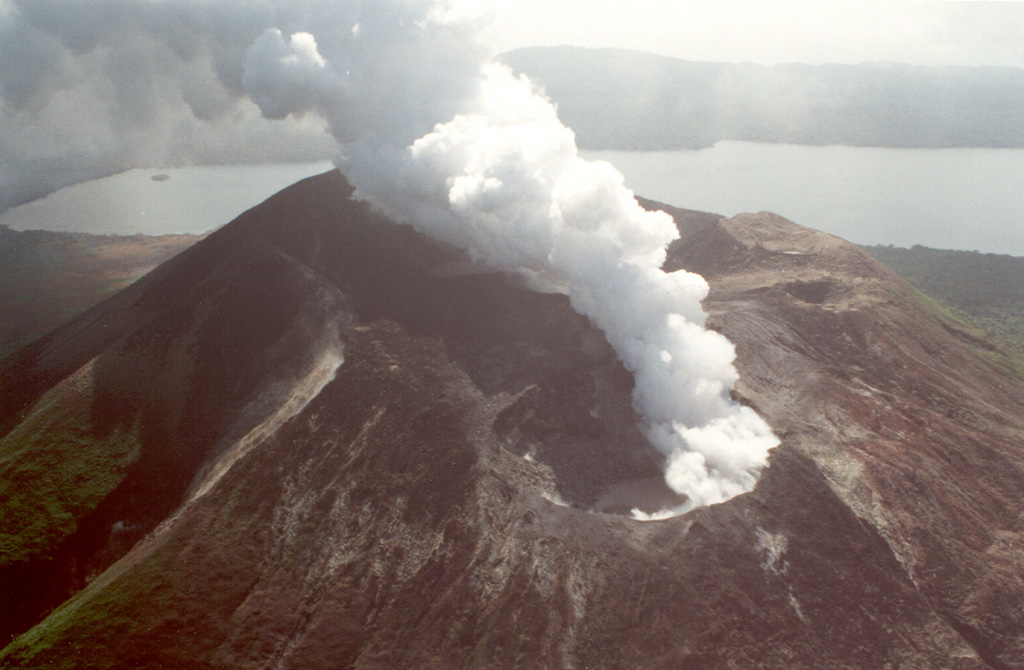 The summit crater complex of Mt. Garat with Lake Letas in the background, seen here from the S. A plume rises from the SE crater. Strong continuous degassing began following an increase in fumarolic activity in April 1991 and was continuing at the time of this July 1991 photo. Mt. Garat is located within the 6 x 9 km wide caldera that is partially filled by Lake Letas. The northern caldera rim is in the background.