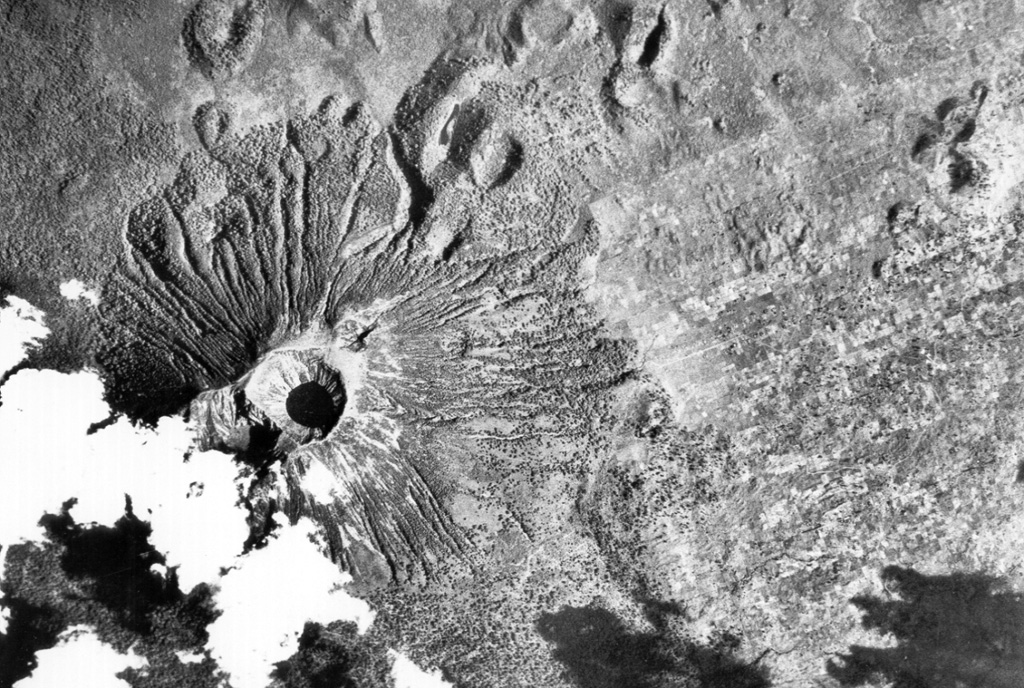 Visoke volcano is the NE-most of a cluster of large stratovolcanoes at the southern end of the Virunga Range. The volcano contains a 450-m-wide lake in its summit crater (left center). Lobate lava flows descend the flanks of the volcano. A NE-SW-trending fissure zone has produced many scoria cones NE of the volcano (top). An eruption in 1957 formed two small cones on the north flank, 11 km from the summit. 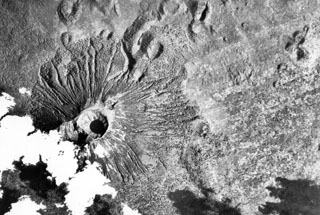