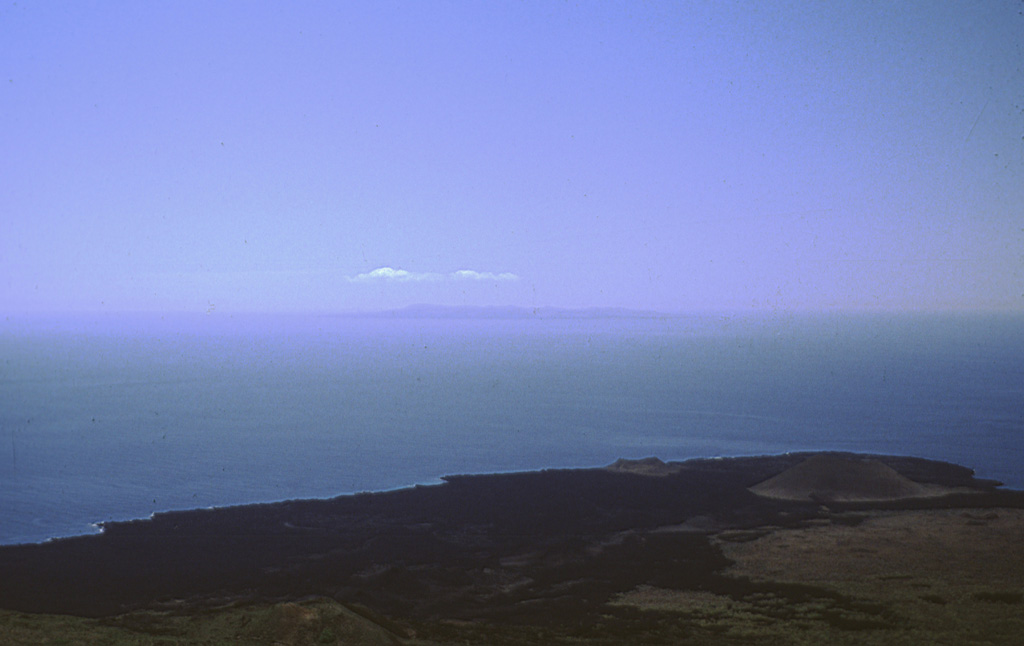 The elongated island of Pinta is the northernmost of the active Galápagos volcanoes. This view from the summit of Pinta looks down on pyroclastic cones and lava flows on the southern flank of the shield volcano. Numerous young cones and lava flows originated from NNW-trending fissures cutting the island. The fresh, unvegetated lava flows that cover the SE and northern flanks appear to have been erupted during the past few thousand or few hundred years. The island in the distance is Marchena volcano. 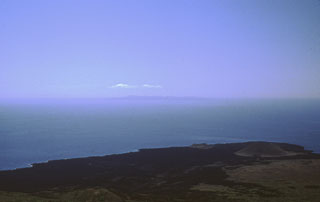