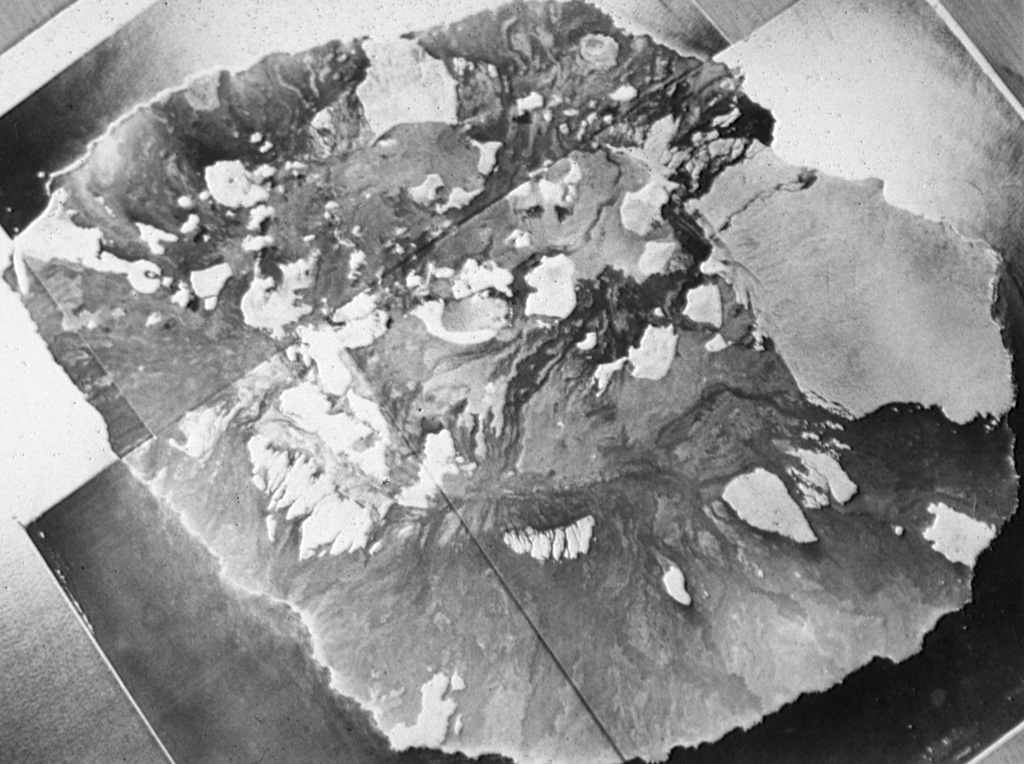 The low shield volcano forming Marchena Island contains one of the largest calderas of the Galápagos Islands. A group of pyroclastic cones was constructed inside the caldera. Lava flows originating from the 6 x 7 km wide caldera have spilled through low points on the caldera rim and flowed down the flanks of the volcano, in some cases reaching the sea. The first historical eruption of Marchena occurred in 1991.