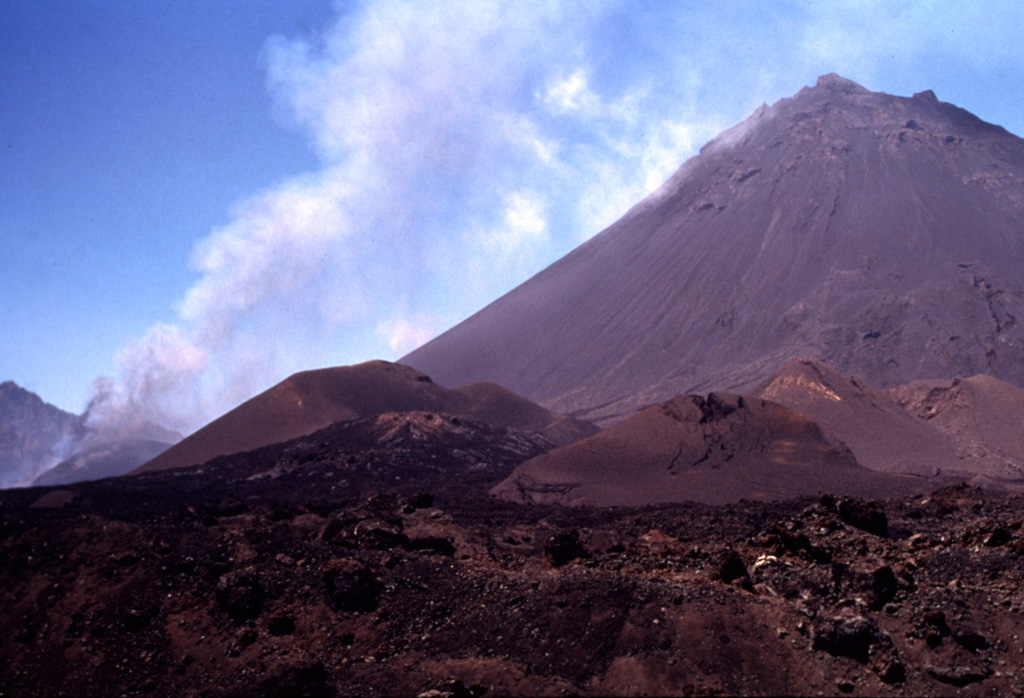 A steep-sided central cone, Pico do Fogo, rises more than 1 km above the floor of the Cha caldera. The island of Fogo is a massive stratovolcano, truncated by a 9-km-wide caldera that is breached to the east. Pico was apparently in almost continuous activity from the time of Portuguese settlement in 1500 CE until around 1760 CE. It is seen here in 1995 during an explosive and effusive eruption from a vent on its lower western flank (left). A plume of ash and steam is visible from the vent. Fogo erupted again in 2014-2015, when lava flows destroyed the intra-caldera villages of Portela and Bangaeira.