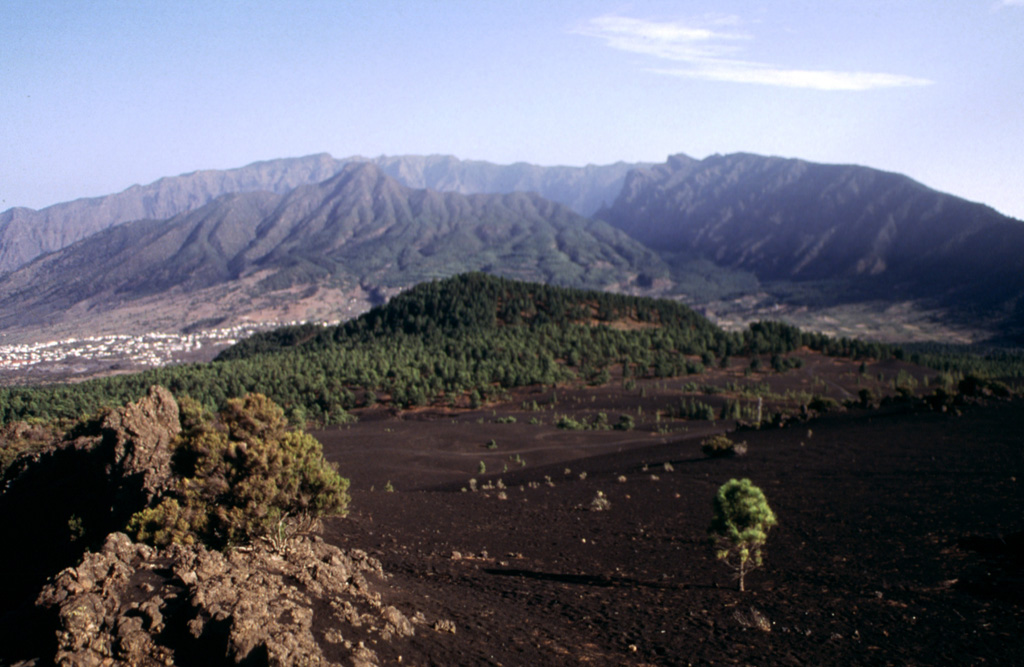 The caldera rim of the Taburiente volcano, which makes up the northern section of the island of La Palma, is seen here from a lava flow field on the southern volcano, Cumbre Vieja. Bejenado volcano (left center) is located on the southern edge of the breached Taburiente caldera. Cumbre Nueva Ridge (right) was formed by a large-scale collapse. Cumbre Vieja is the most recently active volcanic center on the island, with numerous cones and lava flows.