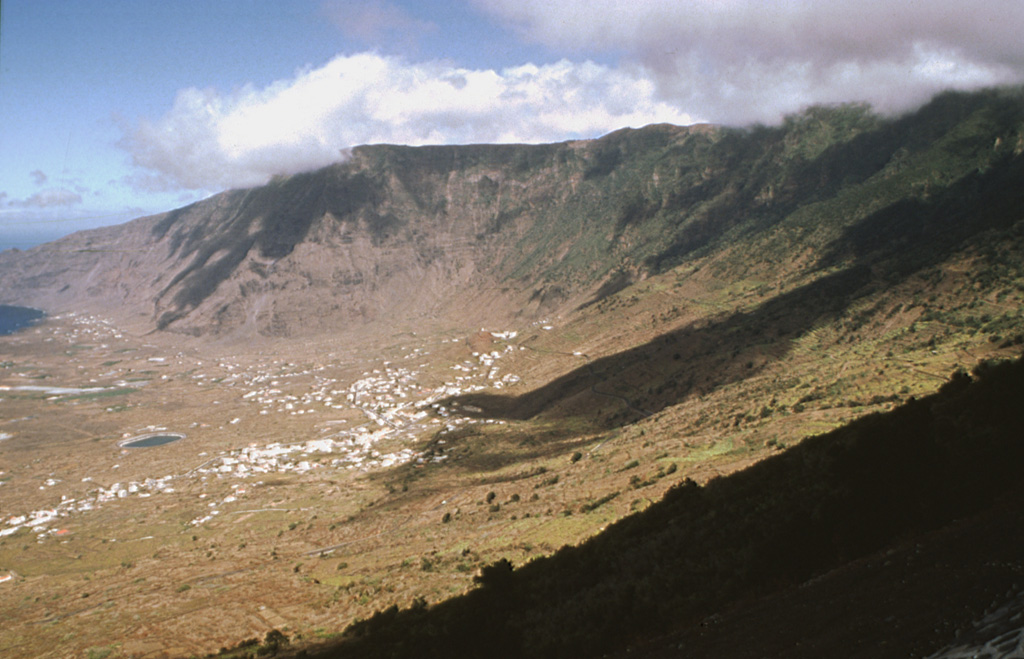 The massive El Hierro shield volcano is truncated by a large NW-facing escarpment, seen here, which formed as a result of gravitational collapse of the volcano. The steep-sided 1,500-m-high scarp towers above a low lava platform bordering 14-km-wide El Golfo Bay, which is barely visible at the extreme left. Holocene cones and flows are found both on the outer flanks and in the El Golfo depression. The latest subaerial eruption, during the 18th century, produced a lava flow from a cinder cone on the northwest side of El Golfo. A submarine eruption occurred in 2011-12 near the southern flank.