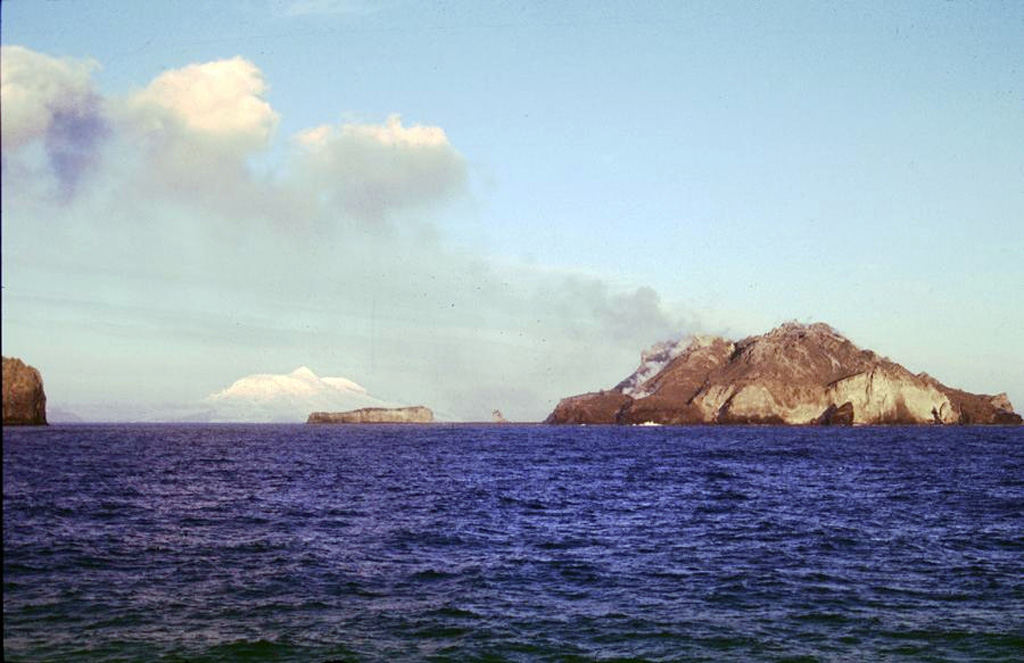 Three small, low islands on the Kerguelen Plateau form the McDonald Islands. The largest island, McDonald, is only 1 km2 in area and around 200 m high. This April 1997 photo shows a plume at Samarang Hill (right). The Island is composed of a layered tuff plateau cut by dikes and lava domes. A possible nearby active submarine center was inferred from pumice that washed up on Heard Island in 1992. The snow-capped peak in the background is Heard volcano, 44 km to the E.