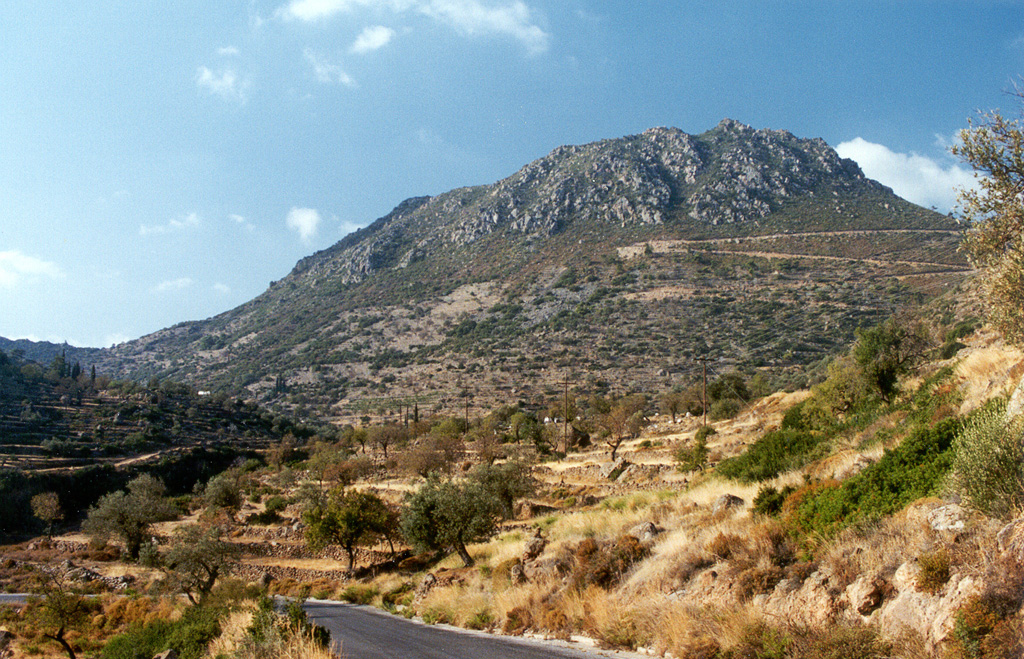 Malja Khoriou lava dome, seen here from the SE, lies on the eastern side of the Methana Peninsula and is one of several lava domes forming the Methana volcanic complex. The peninsula extends into the Sarronian Gulf on the NE side of the Peloponnesus Peninsula. Kameno Vouno is the youngest dome, located on the NW side of the Peninsula where it formed in the 3rd century BCE and produced a lava flow that traveled 500 m beyond the coastline. 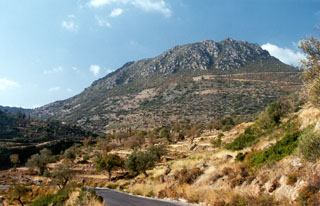